The reason for the export restrictions at Eurofer is the environmental violations of the recipients of European scrap in other countries. 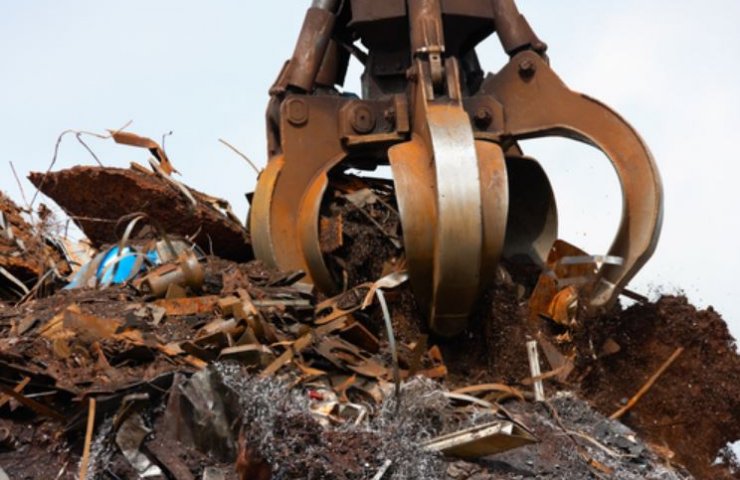 The Eurofer Association of European Steel Producers stressed the importance for Europe of limiting the export of ferrous scrap to countries that do not meet the same environmental standards as Europe, CEO of the European Steel Association Axel Eggert said in an interview with S&P Global Platts. >

In particular, the director of Eurofer said that the European Union “should avoid exporting scrap to enterprises that do this, not complying with EU environmental standards, and we ask the European Commission to make such a proposal.”

He also stressed that the role of steel recycling in Europe will become even more important as steel producers in the EU seek decarbonization.

Scrap is the main raw material used to make steel in an electric arc furnace (EAF). Slightly over 40% of steel in the EU is produced in EAF, and the remainder is produced in the more carbon-intensive Blast Furnace /Oxygen Furnace (BF /BOF) configuration.

In order to reduce carbon dioxide emissions and move towards a circular economy in Europe, it is expected that some of the steel furnaces and converters will be converted to EAF production, making scrap even more important for smelters.

“Eurofer does not want an export ban, but simply wants the country of origin of the scrap to be shipped to meet the same criteria of destination countries as in the Basil Convention,” added Eggert. The Basileia Convention is an international treaty that was designed to reduce the movement of hazardous waste between countries.

Several countries have introduced temporary bans for the export of ferrous scrap in 2020 amid concerns over the supply of raw materials to domestic steelmakers in the early months of the coronavirus pandemic, when scrap collection slowed amid global isolation restrictions.

The UAE introduced such a measure in May 2020 for a four-month period, and in September extended the ban for another four months. South Africa has banned the export of scrap metal for a two-month period from July 3.

Ukraine introduced protective duties on the export of ferrous scrap in 2019 and today in the Verkhovna Rada registered a bill that provides for the extension of the export duty on scrap metal in the amount of 58.0 euros per tonne for another 5 years.

Финансовая аналитика, прогнозы цен на сталь, железную руду, уголь и другие сырьевые товары. More news and analytics on Metallurgprom telegram channel - subscribe to get up-to-date market information and price forecasts faster than others.
Сomments
Add a comment
Сomments (0)
On this topic
European Union scrap collectors worried about possible export restrictions
European Association of steel can block the sale of British Steel to the Chinese
Prospects for the development of the economy and steel market in the EU in 2019-2020
EUROFER requires the European Commission to improve the protection of steel market
Global scrap prices continue to rise - S&P Global Platts
In Ukraine, the forecast drop in steel production by 7% in 2020
Recommended:
Platinum market to face shortage next year - WPIC
Ukraine reduced the export of semi-finished products from carbon steel by 70.3%
Metinvest enterprises in Ukraine resumed work after massive shelling of infrastructure
News Analytics
China's iron ore output to rise in 2023 as new projects are launched30-11-2022, 18:10
"Centravis" agreed to supply a new batch of seamless pipes to a30-11-2022, 16:51
Metinvest enterprises in Ukraine resumed work after massive shelling of29-11-2022, 11:59
The European Council added the violation of restrictive measures (sanctions) to28-11-2022, 14:22
The abolition of export duty in India may reduce the price of Turkish steel28-11-2022, 14:07
Commodity prices will fall, metals quotes will rise slightly - Focus Economics28-11-2022, 13:28
Platinum market to face shortage next year - WPIC22-11-2022, 18:25
Global steel demand falls and will fall by 2.3% in 2022: WorldSteel19-10-2022, 23:12
Iron ore prices fall to 11-month low15-10-2022, 10:36
China production cuts in winter will give limited boost to steel markets -15-09-2022, 10:09
Sign in with: