Earlier it was planned that the zero level of greenhouse gas emissions in Germany will be achieved no earlier than 2050. 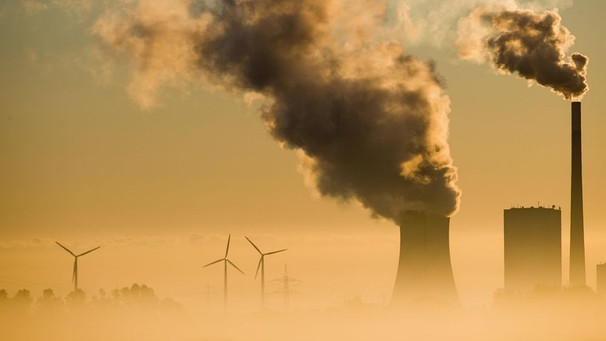 The federal government wants to raise the target to reduce greenhouse gas emissions to 65 percent by 2030. This will increase Germany's previous target of a 55% cut from 1990 levels by ten percentage points, German newspaper Spiegel reported on Wednesday.

Climate neutrality - that is, virtually no CO 2 emissions - should be achieved no later than 2045, not 2050 as previously planned, according to Spiegel.

German Environment Minister Svenja Schulze has already announced that she considers the goal of 62 to 68 percent achievable for 2030.

In government circles, according to Reuters, it was said that Schulze, Chancellor Angela Merkel and other ministers would discuss Germany's new climate targets on Wednesday.

Earlier it was reported that the largest engineering and metallurgical concern of Germany ThyssenKrupp plans to accelerate the transition from fossil fuels to "green" hydrogen and renewable energy sources. In particular, the company intends on the basis of the Port of Rotterdam create an international hub for the acceptance and distribution of hydrogen.

Финансовая аналитика, прогнозы цен на сталь, железную руду, уголь и другие сырьевые товары. More news and analytics on Metallurgprom telegram channel - subscribe to get up-to-date market information and price forecasts faster than others.
Сomments
Add a comment
Сomments (0)
On this topic
The refusal of Merkel to attend the summit of G-7 may be associated with the "Northern
Germany will not give up coal mining in the coming years - Angela Merkel
German politicians increased pressure on Merkel demanding sanctions against the Nord Stream 2 gas
Thyssenkrupp sold two business lines in a week, considering them unprofitable
British billionaire Sanjeev Gupta raises the stakes in race for Thyssenkrupp Steel assets
The Swiss manufacturer of elevators challenged the sale of Elevator division Thyssenkrupp
Recommended:
Tata Steel: Great Britain will need more than 10 million tons of steel to gain energy independence
Sweden announced the discovery of Europe's largest deposit of rare earth metals
Europe's passenger car market records its worst year since the turn of the century
News Analytics
European steel price rise that began in January will be short-lived - MEPS26-01-2023, 14:44
Steel production in China rose in the first decade of January26-01-2023, 12:30
UK is ready to give 300 million pounds to save British Steel20-01-2023, 21:31
Carriage building plant in Kremenchug stopped production due to debts20-01-2023, 21:11
Europe's passenger car market records its worst year since the turn of the20-01-2023, 21:03
S&P: Russia will continue to dominate the steel export market in the Black05-01-2023, 11:22
Fitch Analysts Predict Big Drop in Global Steel Consumption This Year14-12-2022, 13:59
Analysts predict 5% annual growth in the iron casting market through 203006-12-2022, 12:44
Commodity prices will fall, metals quotes will rise slightly - Focus Economics28-11-2022, 13:28
Platinum market to face shortage next year - WPIC22-11-2022, 18:25
Sign in with: