The European Union approved the use of mealworms

Experts are sure: the appetite for such food will play out very quickly, the market for edible insects is waiting for a real boom. 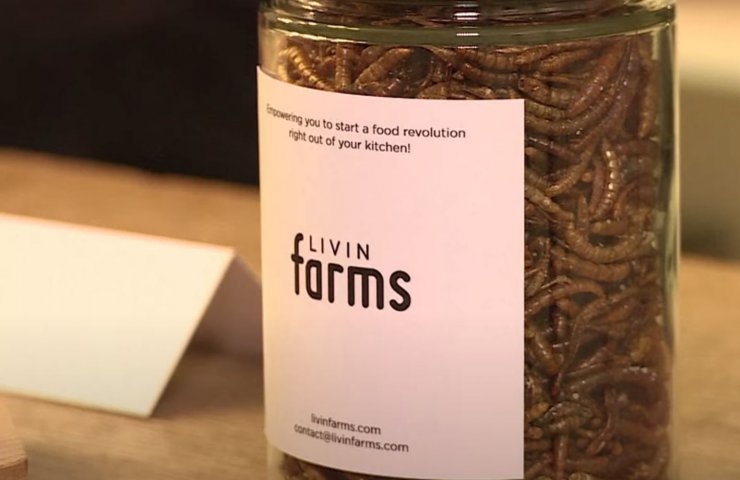 The European Union approved the use of large flour beetle larvae for food. Like reports Euronews, so far only one company has been licensed to supply them - the French Agronutris, which until then only raised insects for fish and animal feed.

Mealworms are an alternative source of protein, they are rich in vitamins, minerals, omega fatty acids, scientists say. In addition, insect farming has economic and environmental benefits.

“Now one of the challenges of the insect farming sector is to develop products that are more adapted to the needs of people. Thus, we can expect to see products containing insect meal on the market in the coming months. We will definitely see energy bars, beetle cookies, protein pasta and even insect steaks on the shelves, ”said Cedric Auriol, co-founder of Agronutris.

Today, 11 applications for food use of insects from companies like Agronutris, including those for breeding crickets and grasshoppers, are pending in the EU. Thus, baked goods, pasta and even meat products made from insect protein will soon diversify the diet of Europeans.

Mealworms were already known to ancient authors and are mentioned under the name Tenebrion in Varro's De re rustica. They are characterized by an unfavorable ratio of nutrients and minerals, especially high fat content.

Recommended:
Dneprovsk Iron and Steel Works increased the production of iron and steel, but reduced the production of rolled metal
"Zaporizhstal" reconstructed the aspiration unit for the tail parts of sinter machines
German companies face critical staff shortages - Handelsblatt
On this topic
UK will face shortage of fresh food in the coming days
British space experiment will bring commercial extraction of minerals on the Moon and Mars closer
Euronews: COVID-19 in Italy may cause social unrest, looting and violence
Sales of commercial vehicles in Europe show a sharp decline
The deficit in Britain: the Brits are stocking up before Brexit
British Steel buyer has not yet appeared
Add a comment
Сomments (0)
News Analytics
Metallurgical Plant "Zaporizhstal" performed overhaul of blast furnace No. 422-06-2021, 18:05
Since the beginning of the year, Ukrzaliznytsia has sold scrap of non-ferrous22-06-2021, 16:30
15 people detained due to an accident at an iron mine in China's Shanxi province22-06-2021, 15:38
World steel production soars to record 174 million tonnes in May22-06-2021, 13:28
The first train from Europe to China brought 82 Audi A8Ls22-06-2021, 13:58
European steel market is in confusion: price growth has slowed down, but no one21-06-2021, 17:40
Vaccinations fuel demand for platinum - World Platinum Investment Council08-06-2021, 12:55
Sharp price growth continues in the rolled metal market - Ukrpromvneshexpertiza08-06-2021, 11:04
Analysts note overheating of the global scrap metal market01-06-2021, 13:28
Hydrogen-fueled steelmaking could be competitive after 2050 - McKinsey19-05-2021, 14:22
Sign in with: