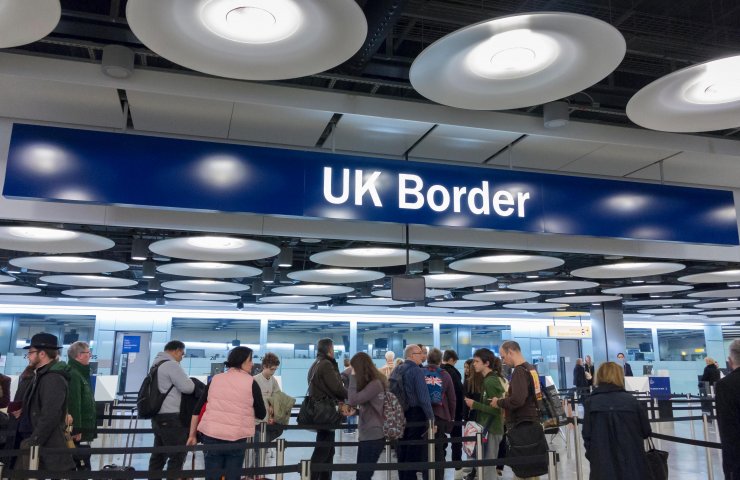 European Union citizens arriving in the UK are detained at airports, sent to migration centers and deported. This is reported by Euronews with reference to the British media.

Among those who are denied entry into the country are Europeans who arrive in the UK in order to pass an interview and, if successful, get a job. People who were given a turn from the gate say that they have experienced a traumatic situation for their psyche. These episodes highlight the potential problems in EU-UK relations after Brexit.

“If you go to the UK government website, you will be able to access immigration regulations. It says you can attend job interviews and work conferences. However, it appears that citizens from countries belonging to the European Economic Area who come to be interviewed are detained at the border and denied entry. They are told that they must apply for a work visa. That is, there is inconsistency and lack of clarity. As a result, people are deprived of their freedom, ”says lawyer Arania Kogulatas.

The European Commission noted that cases of detention of EU citizens upon arrival in the UK are not so numerous, and there is no need to talk about a trend. However, a statement from the highest executive body of the EU says that Brussels is concerned about the state of affairs and is closely monitoring the situation. In particular, this concerns the terms of detention of EU citizens.

It is also reported that after a meeting of representatives of the European Commission and the UK Home Office, border guards were instructed not to detain EU citizens without work visas.

Финансовая аналитика, прогнозы цен на сталь, железную руду, уголь и другие сырьевые товары. More news and analytics on Metallurgprom telegram channel - subscribe to get up-to-date market information and price forecasts faster than others.
Сomments
Add a comment
Сomments (0)
On this topic
British Steel buyer has not yet appeared
France can block the sale of British Steel to the Chinese
British Steel lenders insist on plant closure
The Chinese company will buy British Steel in the coming days: every day of delay costs 1 million
Will the UK government interfere with British Steel?
The new owner of British Steel will not "bother" with the number of staff
Recommended:
Metinvest intends to receive compensation from Russia for the destroyed plants in Mariupol
China to halve ferroalloy production due to weak demand
Ukraine reduced the export of semi-finished products from carbon steel by 70.3%
News Analytics
Australia and the UK aim to catch up and overtake China in the battery metal26-11-2022, 22:37
The United States imposed a ban on the import and sale of equipment from26-11-2022, 22:31
The pipe metallurgical plant in Nikopol continued to work after a short stop26-11-2022, 22:52
The state will not support the export of metals from Russia - Ministry of25-11-2022, 13:18
ArcelorMittal Kryvyi Rih suspends production due to shelling of energy25-11-2022, 12:04
Platinum market to face shortage next year - WPIC22-11-2022, 18:25
Global steel demand falls and will fall by 2.3% in 2022: WorldSteel19-10-2022, 23:12
Iron ore prices fall to 11-month low15-10-2022, 10:36
China production cuts in winter will give limited boost to steel markets -15-09-2022, 10:09
Steel prices may rise as manufacturers stop production11-09-2022, 14:06
Sign in with: