Representatives of the EU and the United States have reached an agreement in principle to end the trade dispute, which has lasted since 2019 and is called a trade war by some media. 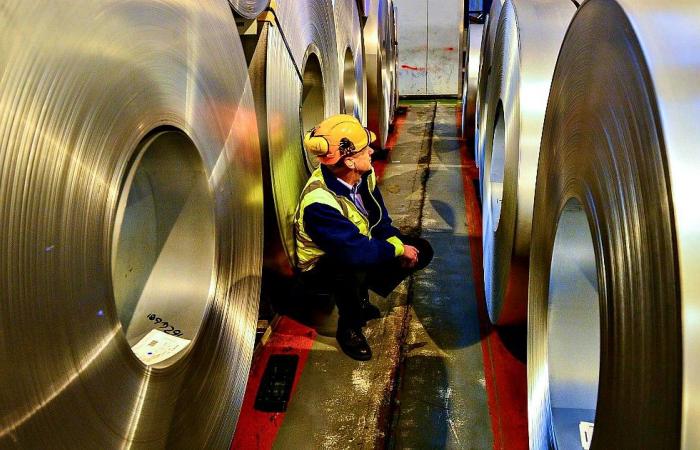 According to Bloomberg , the EU and the US may agree to lift bilateral import duties in a dispute over steel and aluminum. The corresponding import duties were imposed by the Donald Trump administration in 2018, after which the EU, China and Russia announced retaliatory measures. An agreement on this issue is expected by the end of this year, according to Bloomberg sources.

According to Bloomberg sources, the European Commission spent Monday evening discussing the terms of a potential deal with EU member states in order to reach an agreement with the American side before the EU-US summit in Brussels.

The trade dispute between the US and the EU began in 2019 after the World Trade Organization (WTO) declared illegal the subsidies that Airbus had received from European countries for 15 years. The WTO allowed the US to impose tariffs on EU goods worth up to $ 7.5 billion, and then allowed the EU to impose similar tariffs worth up to $ 4 billion. The US claimed that more goods were affected by EU tariffs.

In March, the parties have already agreed to freeze the effect of duties, which were mutually imposed due to a trade dispute over subsidies for Boeing and Airbus, for four months. This agreement on the suspension of duties expires on July 10, and the parties intend to complete the agreement before that date.

Duties on steel from the European Union to the United States have been introduced since March 23, 2018. They are 25 percent for steel and 10 percent for aluminum. At the same time, EU companies were twice granted a grace period. Repeated attempts by the Europeans to get the penalties lifted on a permanent basis have been unsuccessful. In retaliation, the EU imposed 25 percent duties on American goods, including orange juice, whiskey, tobacco and motorcycles.

Финансовая аналитика, прогнозы цен на сталь, железную руду, уголь и другие сырьевые товары. More news and analytics on Metallurgprom telegram channel - subscribe to get up-to-date market information and price forecasts faster than others.
Сomments
Add a comment
Сomments (0)
On this topic
USA records record steel production
Airbus begins supplying A350 aircraft through its hub in China
The US President re-imposes tariffs on steel and aluminum from Brazil and Argentina
European Union will try to reset transatlantic relations - Valdis Dombrovskis
Fuselages of all Airbus A220 aircraft are manufactured in China
Airbus will cut aircraft production by a third due to coronavirus
Recommended:
EU plans additional sanctions against Russian metallurgy
US hydrogen prices to drop to zero dollars per kg in 5 to 6 years: Platts
Islamabad receives $1.5 billion investment proposal for PSMC privatization
News Analytics
British Steel owner asks government for financial support05-10-2022, 13:05
The price of gold crossed the mark of 1700 dollars05-10-2022, 13:28
US coal prices top $20004-10-2022, 10:16
Tata Steel merger plan to secure long-term profits03-10-2022, 10:46
US hydrogen prices to drop to zero dollars per kg in 5 to 6 years: Platts02-10-2022, 21:53
China production cuts in winter will give limited boost to steel markets -15-09-2022, 10:09
Steel prices may rise as manufacturers stop production11-09-2022, 14:06
IREPAS: The global long products market is in a "dramatic situation"10-09-2022, 20:49
Steel prices are unlikely to rise significantly in the near future - analysts02-09-2022, 22:58
Steel prices may move up on new data from China31-08-2022, 12:19
Sign in with: