Start signal for decarbonization of ammonia production: ThyssenKrupp has been awarded a contract for a clean hydrogen installation from CF Industries. 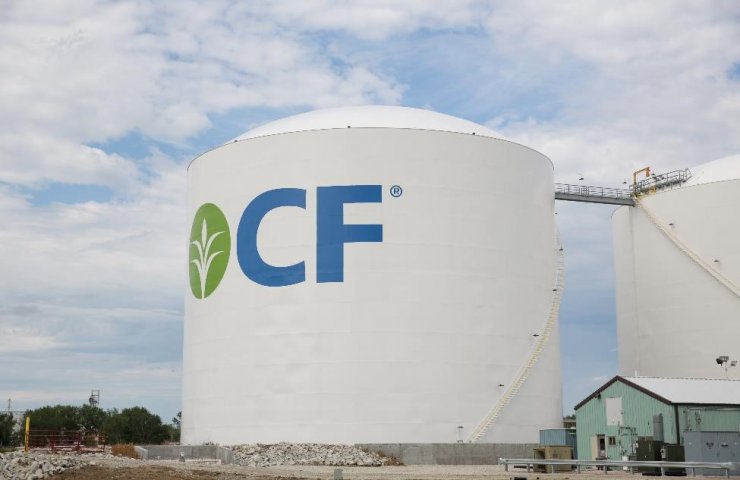 German engineering and steel concern ThyssenKrupp has signed an agreement with North American fertilizer and ammonia producer CF Industries to design and supply a water electrolysis system for green ammonia production at the Donaldsonville facility in Louisiana. Under this contract, ThyssenKrupp will develop a 20 MW system based on alkaline water electrolysis technology and supply all the necessary equipment.

Ammonia "turns green" in the process of hydrogen electrolysis using renewable electricity. The hydrogen is converted to 20,000 tonnes of green ammonia per year by mixing gases at CF Industries' existing ammonia plants in Donaldsonville. Green ammonia can be used as a highly efficient medium for storing and transporting renewable energy, as well as directly as a climate-neutral fuel, for example, in maritime transport. Engineering and procurement work has begun and production is scheduled to begin in 2023.

Финансовая аналитика, прогнозы цен на сталь, железную руду, уголь и другие сырьевые товары. More news and analytics on Metallurgprom telegram channel - subscribe to get up-to-date market information and price forecasts faster than others.
Сomments
Add a comment
Сomments (0)
On this topic
Tata Steel joined the project of construction of European hyperloop
Steel companies from the EU and South Korea will jointly develop steel for Hyperloop
The head of Volkswagen considered hydrogen technologies unpromising for the automotive industry
Pre-order the new Tesla pickup Cybertruck made about 146 000 customers – Elon Musk
The wind became the most popular source of renewable energy in the United States
The steel industry, the United States recognized itself the most energy efficient in the world
Recommended:
Metinvest enterprises in Ukraine resumed work after massive shelling of infrastructure
Ukraine and the United States announced cooperation in the field of small modular nuclear reactors
The state will not support the export of metals from Russia - Ministry of Industry and Trade of the Russian Federation
News Analytics
China's iron ore output to rise in 2023 as new projects are launched30-11-2022, 18:10
"Centravis" agreed to supply a new batch of seamless pipes to a30-11-2022, 16:51
Metinvest enterprises in Ukraine resumed work after massive shelling of29-11-2022, 11:59
The European Council added the violation of restrictive measures (sanctions) to28-11-2022, 14:22
The abolition of export duty in India may reduce the price of Turkish steel28-11-2022, 14:07
Commodity prices will fall, metals quotes will rise slightly - Focus Economics28-11-2022, 13:28
Platinum market to face shortage next year - WPIC22-11-2022, 18:25
Global steel demand falls and will fall by 2.3% in 2022: WorldSteel19-10-2022, 23:12
Iron ore prices fall to 11-month low15-10-2022, 10:36
China production cuts in winter will give limited boost to steel markets -15-09-2022, 10:09
Sign in with: