One of Yorkshire's most prominent industrialists has called for a massive ban on steel imports from China amid fears for the future of the UK steel industry. 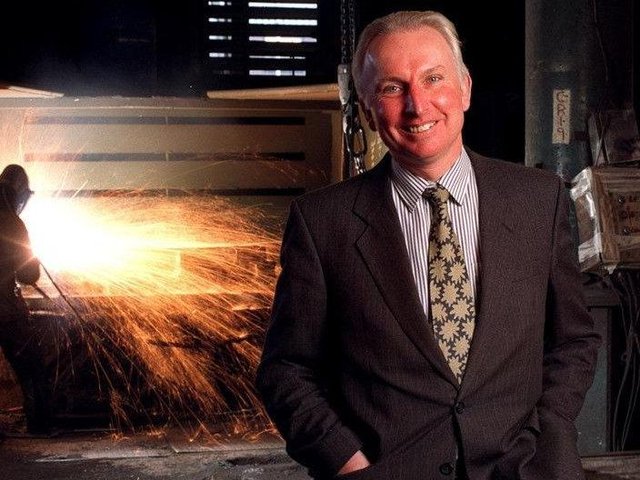 Sir Andrew Cook, chairman of Sheffield-based William Cook Holdings, made a sharp statement about the "critical safety issue" posed by the flooding of cheap Chinese steel to the country's engineering markets, and expressed fears for the survival of Britain's strategic steel industry if London will not take effective measures to restrict steel imports from China.

In a series of harsh remarks, Sir Andrew questioned the quality of Chinese-made steel and the integrity of national business practices, which he described as actions of a "command economy" seeking to establish a monopoly on the steel industry.

Calling the situation "madness", Sir Andrew said: “Chinese steel, which is being discounted in the UK at prices below cost, has already brought the domestic industry to its knees. Our steel industry needs, frankly, a complete ban on Chinese-made steel. ”

Sir Andrew made his announcement at a critical time for the UK steel industry. His comments came after Liberty Steel confirmed its intention to Sell your facility in Stokesbridge and focus on green steel production in Rotherham, calling into question the future of hundreds of jobs.

“Most of the UK steel industry is already owned by China, and most of the rest is part of the Liberty Steel empire. At the heart of Liberty's recent serious difficulties is China's determined policy of monopolizing global steel production, completely ignoring both cost and quality. "

He added: “The government should ignore calls from the International Steel Trade Association to lower restrictions on Chinese steel imports. They like Chinese steel because the cheaper they can buy, the greater their profits. But it's time to put national interests first. Britain needs a domestic steel industry: our steel mills can be profitable, and that depends on our officials to give them the dumped import protection they deserve. ”

Финансовая аналитика, прогнозы цен на сталь, железную руду, уголь и другие сырьевые товары. More news and analytics on Metallurgprom telegram channel - subscribe to get up-to-date market information and price forecasts faster than others.
Сomments
Add a comment
Сomments (0)
On this topic
British Defense Department wants to gain control of a steel plant in South Yorkshire
European Union will try to reset transatlantic relations - Valdis Dombrovskis
Rolls-Royce lost 90 million euros on the sale of the Bergen Engines plant, but did not give it to
Chinese Jingye company completed the acquisition of the assets of British Steel and is ready to
US Secretary of State announced sanctions against Turkey over purchase of S-400 from Russia
UK authorities prepare for a food collapse worse than a pandemic
Recommended:
Ferroalloy enterprises of Ukraine in total reduced output by 27.6%
UK steel production hits record low this year
Financial giant Goldman Sachs begins massive layoffs
News Analytics
British Steel owner asks government for financial support05-10-2022, 13:05
The price of gold crossed the mark of 1700 dollars05-10-2022, 13:28
US coal prices top $20004-10-2022, 10:16
Tata Steel merger plan to secure long-term profits03-10-2022, 10:46
US hydrogen prices to drop to zero dollars per kg in 5 to 6 years: Platts02-10-2022, 21:53
China production cuts in winter will give limited boost to steel markets -15-09-2022, 10:09
Steel prices may rise as manufacturers stop production11-09-2022, 14:06
IREPAS: The global long products market is in a "dramatic situation"10-09-2022, 20:49
Steel prices are unlikely to rise significantly in the near future - analysts02-09-2022, 22:58
Steel prices may move up on new data from China31-08-2022, 12:19
Sign in with: