German taxpayers' money will go towards the development of hydrogen technologies for cars, trains, ships and aircraft, which will be created in four innovation centers. 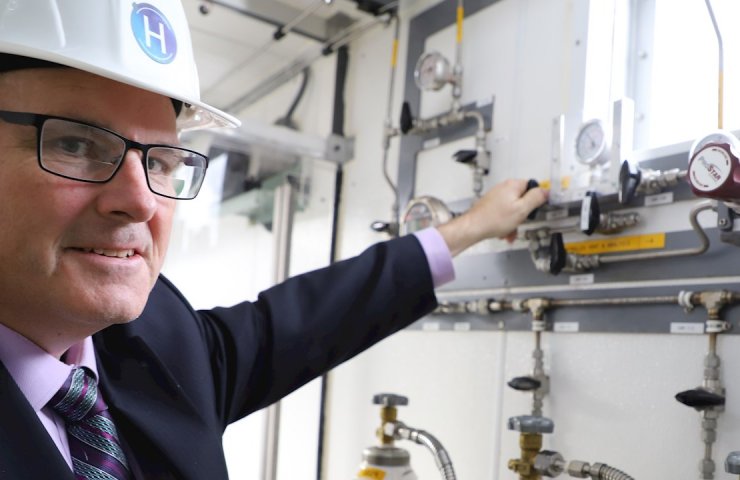 The German government has allocated 290 million euros for the creation and financing by 2024 of four innovation and technology centers (ITZ), which will develop hydrogen technologies for the transport sector: cars and trucks, trains, river and sea vessels, aircraft. Reported by DW.

"These centers will take into account the different needs of the industry and focus on different tasks," - quotes the publication of the Minister of Transport and Digital Infrastructure of Germany (BMVI) Andreas Scheuer.

The hydrogen budget will be distributed between Western, Eastern, Northern and Southern Germany, with the money received mainly by medium-sized and even small cities of Germany. Thus, the government seeks to resolve some issues of regional policy before the elections.

Most of the budgetary funds will go to the small town of Pfaffenhausen, with only about 5 thousand inhabitants. In this part of Bavaria, northeast of Munich, at the end of 2019, the HyBayern project was launched, the goal of which is to create a model region for the production and use of "green" hydrogen. For this, a plant will be built for the production of H2 by electrolysis of water. This electrolyzer will use green electricity from existing hydro and solar power plants. The produced hydrogen will be supplied to three gas stations planned in the region.

In Duisburg, they will also be looking for technological solutions for rail and road freight transport, because the Ruhr region, one of the main industrial regions of Germany, and the million-plus city Cologne, the most important transport hub, are nearby.

In eastern Germany, in the federal state of Saxony in the former German Democratic Republic, a hydrogen technology center will be located in Chemnitz (population: quarter of a million) next to the Technical University (TU Chemnitz) and two Fraunhofer institutes for applied research Gesellschaft), one of which, for example, works in the machine tool industry.

The fourth, northern center will rather become a cluster, since it will be located not in one, but in three points at once: in Hamburg (1.8 million people), Bremen /Bremerhaven (570,000/114,000) and Stade (48,000) ... It is only natural that here, in these Hanseatic port cities on the North Sea coast, one of the main directions of future research will be maritime navigation.