6 miners killed in accident at ArcelorMittal coal mine in Kazakhstan

On behalf of the Prime Minister of Kazakhstan Askar Mamin, a commission headed by Minister of Emergency Situations Yuri Ilyin left for the scene. 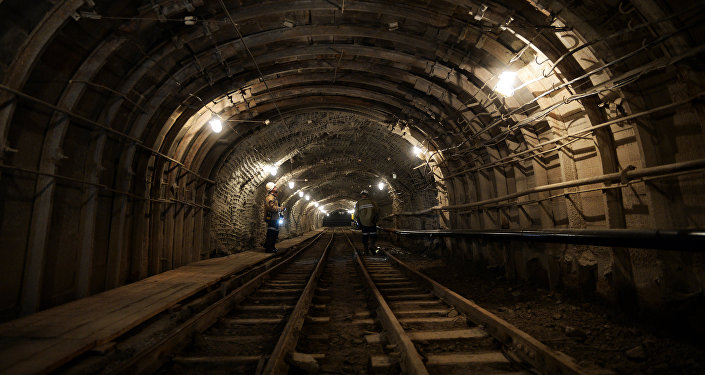 On November 7, at 08.30, coal and gas were emitted at the Abayskaya mine in the Karaganda region of Kazakhstan.

According to the press service of the coal department of ArcelorMittal Temirtau JSC, at the time of the incident there were 64 people in the mine, 56 were evacuated to the surface. According to preliminary information, 6 people died, 2 are in serious condition.

The company expressed its condolences to the families and friends of the victims.

Mine "Abayskaya" is a coal mining enterprise of the coal department of the company JSC "ArcelorMittal Temirtau". It was created in July 1998 by combining the mines named after M. I. Kalinin and "Abayskaya".

The largest accident at "Abayskaya" occurred on January 11, 2008. As a result of that accident, 30 people were killed and 14 were injured.

Финансовая аналитика, прогнозы цен на сталь, железную руду, уголь и другие сырьевые товары. More news and analytics on Metallurgprom telegram channel - subscribe to get up-to-date market information and price forecasts faster than others.
Сomments
Add a comment
Сomments (0)
On this topic
An explosion occurred at the ArcelorMittal mine in Kazakhstan - one of the workers remains under
Minamaneho heard the reports of heads of several state-owned mines
Fire at ArcelorMittal coal mine in Kazakhstan: 348 people evacuated
ArcelorMittal Temirtau will pay 10,000 tenge to all employees vaccinated against coronavirus
Explosion kills coal mine in Henan province
In the Republic of Tuva, a citizen of China died as a result of a collapse in a mine
Recommended:
The global steel industry will face its worst quarter since the 2008 crisis
Indonesia re-delays carbon tax due to global risks
The United States refused to impose duties on Russian metals and increase tariffs on iron imports
News Analytics
Tesla in the second quarter reduced the supply of cars by 18%04-07-2022, 10:24
Steel prices fall due to weakening European demand and problems in China04-07-2022, 10:40
The United States refused to impose duties on Russian metals and increase02-07-2022, 09:05
Daimler Truck began testing Actros tractor on liquid hydrogen02-07-2022, 08:54
Volvo invests $1.25 billion to build electric vehicle plant in Slovakia01-07-2022, 18:17
High iron ore shortage could halt metallurgy's green transition28-06-2022, 14:02
Price volatility hits global steel market27-06-2022, 19:28
Recovery in China could be key to rising global steel prices - MEPS24-06-2022, 14:00
Conflict in Ukraine spurs Europe's drive for clean energy03-06-2022, 12:14
US steel market sentiment becomes more price neutral05-05-2022, 10:15
Sign in with: