The share of payments of the reporting extractive industries in all tax and non-tax revenues in favor of the state in the reporting year amounted to 11.21% (187 billion hryvnia). 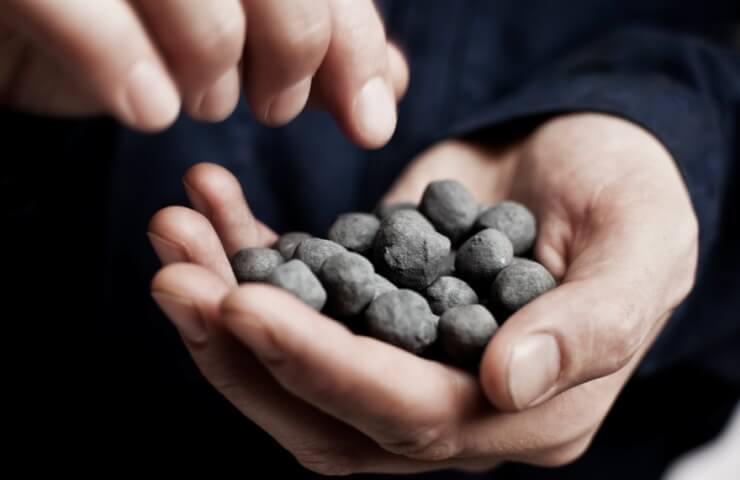 According to the report, the share of the extractive industries in the total export volume of Ukraine in the reporting period increased and amounted to 5.96% (in 2019 - 3.42%), which was mainly due to the growth in the value of the exported volume of non-agglomerated iron ores. The share of payments from the reporting extractive industries in all tax and non-tax revenues to the state in the reporting year amounted to 11.21% (187 billion hryvnia). The largest volume of payments to the state was made by the oil and natural gas industry (UAH 149 billion).

“This is an important document. This year, a number of measures were taken to successfully implement the EITI in Ukraine and improve the reporting process, ”said Yulia Pidkomorna, Deputy Minister of Energy of Ukraine, who took part in the group meeting.

She stressed that this year a dialogue has been established with stakeholders in the mining regions. In particular, in the Lviv region, work is being completed on the creation of a regional multi-stakeholder group. Also, by the end of December, it is planned to hold online events to find a balance of interests of local communities, authorities and companies in the extractive industries in Kharkiv and Poltava regions.

Ukraine joined the EITI in 2013. It is an international standard that provides for the disclosure of information on the state of affairs in the country's extractive sector and aimed at ensuring transparency in the management of the country's natural resources.

Финансовая аналитика, прогнозы цен на сталь, железную руду, уголь и другие сырьевые товары. More news and analytics on Metallurgprom telegram channel - subscribe to get up-to-date market information and price forecasts faster than others.
Сomments
Add a comment
Сomments (0)
On this topic
Mineral resources can become a driver of the Ukrainian economy - head of the State Geological
Ukraine will check all subsoil use permits since 1994 and cancel some of them
Foreign exchange earnings from the export of goods from the Donetsk region increased by 1.8 times
Global iron ore production growth to outstrip cumulative production in India and Russia - Fitch
Extractive industry development roadmap will ensure Ukraine's GDP growth of $ 34 billion
Plants of Donetsk region in January - May 2021 exported ferrous metals worth two billion dollars
Recommended:
China steel inventories hit 13-month high amid COVID-19 outbreak
Ukrainian exports of pig iron and semi-finished steel decreased by one and a half times
Ukraine in March lost about 70% of foreign exchange earnings from the export of rolled metal
News Analytics
The largest producer of titanium raw materials in Ukraine OGCC will sell25-05-2022, 20:48
Glencore accused of bribery in London pleads guilty in the US25-05-2022, 10:44
Swiss oil and gas equipment manufacturer Sulzer leaves Russia24-05-2022, 13:08
BIR: European Commission's decision on scrap metal will be the most tragic24-05-2022, 11:41
Rejection of Russian palladium destroys markets24-05-2022, 11:41
US steel market sentiment becomes more price neutral05-05-2022, 10:15
The global high-strength steel market will grow steadily by 5% annually for the04-05-2022, 08:45
China steel inventories hit 13-month high amid COVID-19 outbreak30-04-2022, 16:38
Slowdown in global auto sector affects steel prices27-04-2022, 12:36
World alumina production reaches a record 138 million tons21-04-2022, 09:54
Sign in with: