Since the end of November 2021, protests have been held every Saturday in Serbia against the start of development of the Jadar lithium deposit, which supposedly contains up to 10% of all explored lithium reserves in the world. 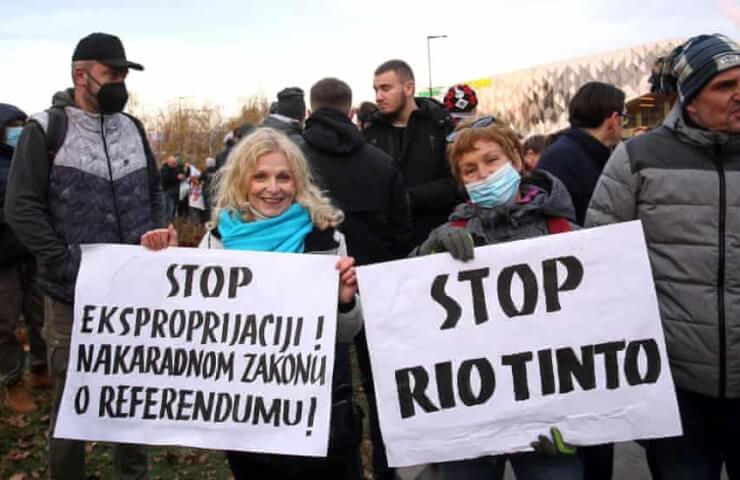 Rio Tinto, the world's third largest mining and metals company, has suspended a project to develop a lithium deposit in Serbia after failing to obtain a license from Belgrade. This is stated in the message of the British-Australian company on Tuesday.

It is not yet clear whether Rio Tinto has completely abandoned its plans or will try to enter Serbia again after some time. The development of lithium in this country has been delayed until at least 2027, during which time the company, together with the Serbian government, will use the delay to conduct comprehensive consultations with activists, protesting against the start of lithium mining.

Serbian Prime Minister Ana Brnabic said that the Yadar project was closed to her.

“I have to negotiate with all interested parties, this is my responsibility. I don’t see any problems here, I have already communicated with the concern more than once, we have always maintained transparency,” Brnabic said.

The stop of the project with an investment of $2.4 billion caused a real delight among the Serbian Greens, who have been holding large-scale protests since last autumn. They fear that the lithium project will worsen the already difficult environmental situation in the country.

The Yadar deposit, discovered in 2004, supposedly contains up to 10% of all explored lithium reserves in the world. The Serbian government also offered to mine lithium for the Chinese company Zijin.