The miners have been seeking compensation for overwork since the beginning of August last year, and higher wages. The total amount required to implement the demands of the protesters is about PLN 130-140 million (approximately USD 32-35 million). 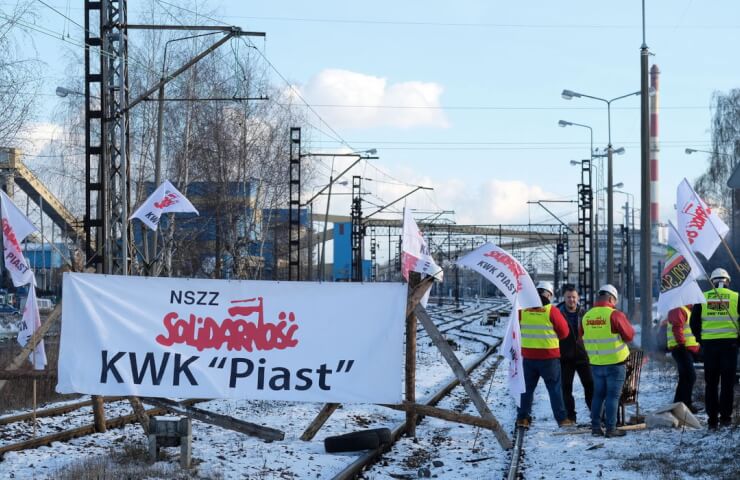 Polish miners' unions, working in the country's largest mining group (PGG), launched a protest in the republic, blocking the supply of coal to the power plant. About this reported on Tuesday by the Polish Press Agency.

According to the protesters' plans, the action will last two days. At the end of last year, a similar strike was already carried out by miners and lasted 24 hours. Negotiations with the leadership of the group and representatives of the government have not led to anything yet.

“We are not asking for anything. We only want someone to appreciate our hard work, "" - said the head of the trade union of miners "Solidarity" Boguslav Hutek. "" Today we have to fight on the way for a little bit of respect, "added the leader of another trade union Jerzy Dembsky.

The protest is being held at different mines of the Polish Mining Group. Miners either block the loading of coal into wagons, or the departure of trains outside the territory of enterprises. There are no problems selling coal to individual consumers or loading it onto trucks. The protest does not affect the movement of passenger trains.

Representatives of the mining group confirmed the beginning of the protest in some mines and assured them of their readiness to continue the dialogue. In the autumn-winter season, on average, about 1,000 trains with coal leave the group's mines per month. In November, an average of 49 trains departed per working day per day.