Activists set up tents near the headquarters of President Aleksandar Vučić 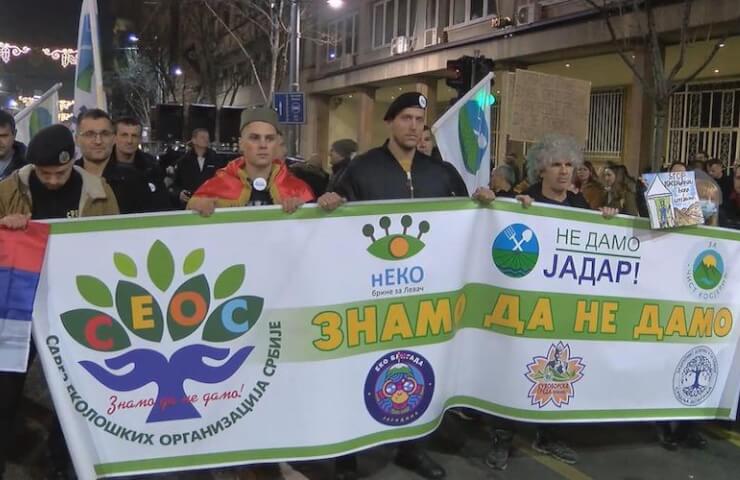 Green activists have set up tents in front of the Serbian presidential building demanding a nationwide ban on lithium mining and exploration as many fear that Rio Tinto's recently revoked license for a major project could be reinstated after April's general election.

The demonstration echoes the rallies held in Belgrade and other major Serbian cities over the past two months that ultimately prompted the government to cancel Rio's exploration licenses for the $2.4 billion Jadar lithium mine.

The protesters also criticized attempts to speed up the change of ownership of both public and private mining projects. Outrage forced President Aleksandar Vučić to send the proposal back to Parliament for revision.

“If all mining projects for which the government has issued exploration licenses are implemented, Serbia will cease to exist,” Zlatko Kokanovic, a farmer from Gornje Nedeljice, where the mine will be built, told Reuters. “The country will become a colony of large foreign companies,” he said. "We don't deserve to be environmental refugees."

The world's leading automakers, from Tesla to Volkswagen to Toyota, need an ever-increasing supply of battery materials to accelerate the launch of electric vehicles, with experts expecting battery metal demand from the sector to account for nearly three-quarters of its demand. consumption by 2030, up from 41% in 2020.

According to experts, the world's lithium shortage will last at least another three years, but with the cancellation of the Jadar project, this deficit will last for several more years.

“We are now at a point where lithium supply will determine the pace of EV adoption,” Credit Suisse analyst Saul Cavonic said in January.

The Jadar project was to be one of the largest foreign investments in Serbia, as part of an official effort to attract investment and boost economic growth. The government's goal is for the mining sector to produce between 4% and 5% of Serbia's total GDP in less than 10 years, a significant increase from the current 2%.

At full capacity, the mine was expected to produce 58,000 tonnes of purified lithium carbonate for batteries per year, making it the largest lithium mine in Europe by production.