The largest mining companies are facing a record drop in profits 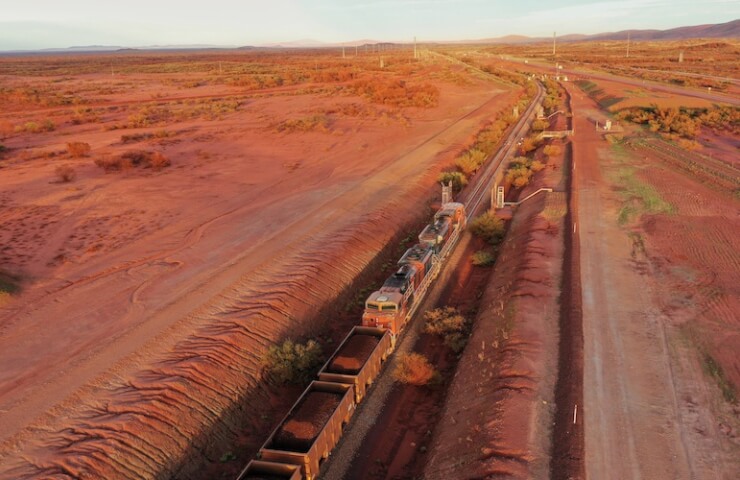 While higher metal prices mean earnings remain stable on a historical basis, the decline reflects the headwind that has developed over this period.

Threats to the growth of the world's largest consumer of metals cloud the outlook for mining companies, especially iron ore.

China's property market, which consumes about a third of the country's steel production, is cooling - Bloomberg Intelligence expects new home prices to start declining by 5% this year.

The pandemic has been a double-edged sword for the mining sector for the six months until December 31st. On the positive side, trillions of dollars in stimulus packages have spurred demand for commodities such as iron ore, copper and aluminum, causing prices to skyrocket, causing inflationary pressures in the global economy.

Negative: rising operating costs should be a feature of the latest set of reports. Labor shortages are a growing problem for ore producers in Western Australia's Pilbara region, a state that remains subject to strict border controls to keep Covid-19 out. Bottlenecks in the supply chain have also driven up global shipping rates.

“While commodity prices remain at or near all-time highs and company fundamentals are broadly stable, rising costs associated with inflationary pressures are cutting operating profits at an even faster pace,” said Gavin Wendt, founding director of the consulting company MineLife. pty. This "leads to frustration in the minds of some investors," he said.

BHP and Rio said that the lack of workers in key positions is affecting their operations. Fortescue Metals Group Ltd., the world's fourth largest ore producer, reported last month that its costs have risen by 20% in the last 12 months, mainly due to rising fuel prices and labor shortages.

Vale is expected to offset the volatility in ore prices by selling off its inventory and receiving some cost cuts last quarter. However, the market will be wary of a possible increase in reserves for recovery measures after the accident at the Samarko dam.

A Brazilian company is still trying to get its non-ferrous division back on track after a strike and an incident involving workers stranded at a mine in Canada. This affected the production of nickel and copper in the third quarter.