January 16, the Verkhovna Rada deputies adopted the law with amendments to the Tax code that include provisions of transfer pricing, the introduction of the BEPS action plan to combat tax evasion and increase the range of rental rates. 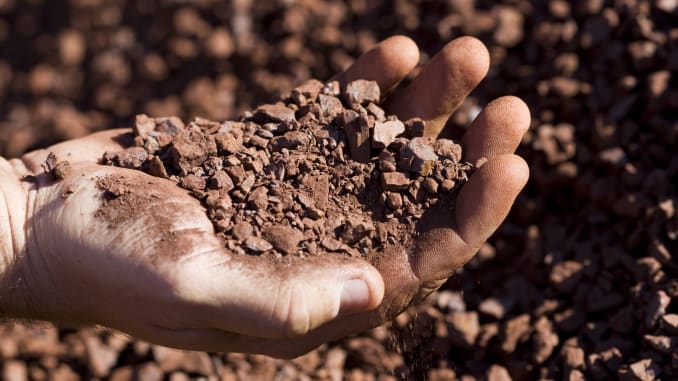 the Verkhovna Rada adopted in the second reading and in whole draft law №1210, which provides for an increase in rental rates for mineral extraction.

"Ends the day with a heavy heart. Supported the draft law No. 1210 in the second reading and in entirety as a law 283 MPs. How so? - ask many of my colleagues, and all eyes down. Cynical in the session hall continues with decision-making depending on their own interests," - wrote in Facebook the people's Deputy of Ukraine, member of the parliamentary Committee on Finance, tax and customs policy Nina Southerner.

Under the bill, the rate of the rent on extraction of iron ore will be 12%, if the average cost of iron ore index IODEX FOR 58% FE CFR China, officially defined by international news Agency Platts, the tax (reporting) period will be 70 dollars or more, if the price is lower - the rate will be 11%.

today the price of such ore on the world market above $ 90 a tonne and a serious drop in prices is not expected.

this bill was a norm, which was supposed to expand the tax base for the entire production capacity of the GOK.

Representatives of the MMC of Ukraine noted that in connection with changes in the Tax code the tax burden on the mining of the ore will increase by 5 times. That is, to produce products, while increasing rent payments and double taxation of products of processing will be unprofitable.

As reported, due to the increase in rent Ukraine may lose 70% of exports ores and, as a consequence, about 30% of all foreign exchange earnings. The railway sector in this case can lose 40% of the volume of transportation.

the rising cost of iron ore mining in Ukraine will lead to growth of labour migration, experts stress. According to the study one of the representatives of the four global auditors – PWC, tax initiatives laid down in the draft laws # 1210 and # 1210-1, will make the ore in Ukraine 9 times more than in Russia.

Bill No. 1210 was harshly criticized by the business. The business associations demanded the revision of such rules of law: enhanced capacity of fiscal authorities to apply fines; the possibility that tax inspections; the removal of restrictions on the request for information by the tax authorities of the business; selective significant increase in the tax burden on certain sectors.

Финансовая аналитика, прогнозы цен на сталь, железную руду, уголь и другие сырьевые товары. More news and analytics on Metallurgprom telegram channel - subscribe to get up-to-date market information and price forecasts faster than others.
Сomments
Add a comment
Сomments (0)
On this topic
Bill on increasing rent payments and excise taxes submitted for consideration to the Verkhovna Rada
Ukrainian customs will protect intellectual property in a European way
Ukraine detensive the scrap metal market in the spring
OLE will support the law on increasing the rent for subsoil use in Ukraine
For illegal mining in Ukraine, you can now go to prison for 8 years
Rent rate for subsoil in Ukraine will be increased to the world average
Recommended:
Brazilian steel industry expects modest growth in 2023: Aço Brasil
Russia will allocate more than $700 million for the production of domestic aircraft engines
The European Council added the violation of restrictive measures (sanctions) to the list of EU crimes
News Analytics
ArcelorMittal launches flagship carbon capture and recycling project in Belgium08-12-2022, 14:59
The South Korean government "ordered" the striking truckers to return08-12-2022, 11:04
India expands RoDTEP export incentive scheme to steel and iron08-12-2022, 10:28
Volkswagen Anhui's first pre-production NEV rolled off the assembly line08-12-2022, 10:17
Chinese steel exports up 28.2% - customs data07-12-2022, 23:43
Analysts predict 5% annual growth in the iron casting market through 203006-12-2022, 12:44
Commodity prices will fall, metals quotes will rise slightly - Focus Economics28-11-2022, 13:28
Platinum market to face shortage next year - WPIC22-11-2022, 18:25
Global steel demand falls and will fall by 2.3% in 2022: WorldSteel19-10-2022, 23:12
Iron ore prices fall to 11-month low15-10-2022, 10:36
Sign in with: