This statement was made in the press service of PJSC "Kryvyi Rih Iron Ore Plant" against the background of the ongoing protest of miners dissatisfied with their wages. 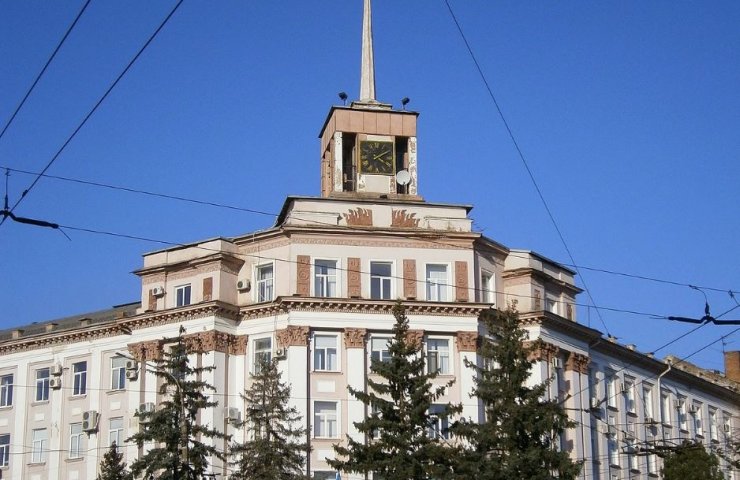 The stoppage of production has already caused appeals from European consumers of the products of the PJSC "Kryvyi Rih Iron Ore Plant" regarding non-compliance with the terms of the concluded contracts, and also threatens to lose markets in favor of other suppliers with a weak prospect of their return. stated in press service of PJSC "Kryvyi Rih Iron Ore Plant" (KZhRK).

On behalf of the administration, in order to resolve the labor conflict, as well as prevent the spread of rumors and falsifications, the press service of the KZHRK decided to inform the employees of the enterprise, heads of trade unions, the country's leadership, residents of Krivoy Rog and citizens of Ukraine about the situation at the enterprise, measures were taken and the state of negotiations with mine workers.

As of 8:00 on September 16, a group of miners from the Rodina (76), Oktyabrskaya (25), Gvardeyskaya (34) and Ternovskaya (49) mines, 184 people on their own the initiative and in violation of the work schedule remain in the underground workings.

Among the miners' demands are an increase in wages, dismissal of management, return of preferential service according to lists No. 1 and No. 2 and suppression of violations during certification.

The press service of KZHRK focused on the fact that due to the fact that written requirements from the labor collective did not come to the administration of the enterprise and, accordingly, the administration did not declare refusals to fulfill any written requirements of the labor collective, in accordance with the current by law, the actions of the protesters do not fall under the definition of a strike and are not a strike.

"In addition, the law expressly stipulates (Article 24, first part) that it is prohibited to hold a strike, provided that the termination of work by workers poses a threat to the life and health of people, the environment or prevents a natural disaster, accidents, catastrophes," they noted in the press service of KZhRK.

They recalled that the administration of the enterprise, on its own initiative, adopted and promulgated the "Memorandum of Understanding and the fulfillment of counter-requirements between the administration and employees of PJSC" Kryvbaszhelezrudkom "aimed at eliminating the causes and consequences, due to the shifts ". In the document, the administration unilaterally announced its readiness to resolve the conflict.

In recent days, the administration of PJSC "Kryvyi Rih Iron Ore Plant" has repeatedly appeared in open sources and continues to insist on establishing a constructive dialogue with all interested parties in order to resolve the conflict by looking for a compromise based on the requirements of current legislation.

KZhRK emphasized that the further stay of the protesters in the underground workings without actual intention to resolve the conflict through a constructive dialogue with the administration in the manner determined by Ukrainian legislation not only endangers the employees of the enterprise, but also creates consequences that will negatively affect work for a long period. reduce the ability of the enterprise to fulfill its financial responsibilities.

The press service of the KZHRK warned politicians against attempts to use the current situation at the enterprise to achieve personal political goals, inciting employees of the enterprise and their families to illegal and destructive actions.

“All responsibility for the possible deterioration of the health of persons who are in the underground workings in protest, as well as the inevitable, probably irreversible negative consequences for the enterprise, fall on such irresponsible political adventurers. Once again we emphasize the desire of the administration to move in a constructive direction, in accordance with the current legislation of Ukraine, to resolve the conflict situation and restore the operation of the enterprise, "the press service of KZHRK summed up.

Финансовая аналитика, прогнозы цен на сталь, железную руду, уголь и другие сырьевые товары. More news and analytics on Metallurgprom telegram channel - subscribe to get up-to-date market information and price forecasts faster than others.
Сomments
Add a comment
Сomments (0)
On this topic
Ukraine accepted the offer of the Mask on the free ventilators
Belanto Trade accused Dmitry Firtash of tarnishing the company's image to eliminate a competitor
Metinvest is recognized as one of the most sustainable companies in Ukraine
Uz with EBRD assistance will repair the TRANS-European transport corridor
Ukrainian-made gas equipment for the export of hydrogen to Europe is being tested in Ivano-Frankivsk
Rinat Akhmetov's engineering company Corum Group sent a delegation to India
Recommended:
Zaporizhstal Metallurgical Plant mastered eight new types of products in 2022
Europe's passenger car market records its worst year since the turn of the century
British Steel seeks financial support from the government to continue work
News Analytics
War in Ukraine to accelerate world economy transition to clean energy - BP30-01-2023, 11:49
ArcelorMittal invests $120m in US green steel company30-01-2023, 11:11
The United States refused to comply with the decision of the WTO on tariffs on29-01-2023, 20:08
China remains the world leader in shipbuilding with a 50% share of new shipyard29-01-2023, 12:35
Prices for metal products in Ukraine increased by 26% last year29-01-2023, 12:06
S&P: Russia will continue to dominate the steel export market in the Black05-01-2023, 11:22
Fitch Analysts Predict Big Drop in Global Steel Consumption This Year14-12-2022, 13:59
Analysts predict 5% annual growth in the iron casting market through 203006-12-2022, 12:44
Commodity prices will fall, metals quotes will rise slightly - Focus Economics28-11-2022, 13:28
Platinum market to face shortage next year - WPIC22-11-2022, 18:25
Sign in with: