PJSC "Kryvbaszhelezrudkom" intends to forcibly raise miners from the mine

The plant's administration warns that in the current conditions it is dangerous for life and health to stay in the mines and is preparing the plant for a long downtime. 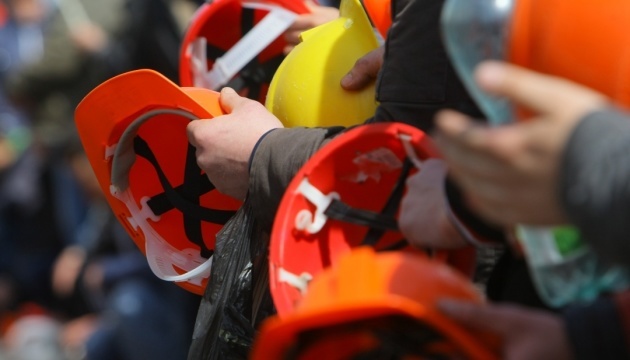 The administration of the plant of PJSC "Kryvbaszhelezrudkom" filed an application with the law enforcement agencies with a request, within the framework of the current legislation and the powers granted to them, to forcibly stop violating the legislation blocking the production process and property of the enterprise, as well as to give a legal assessment to the actions of persons conducting illegal activities in relation to to the enterprise or incite to illegal activities, including the use of the media.

“In order to minimize losses, preserve production equipment, and prevent negative environmental impacts, we are forced to start measures to prepare the enterprise for long-term downtime,” the plant said in a statement.

The administration of the enterprise said that despite all the measures taken, some of the employees of PJSC "Kryvbaszhelezrudkom" still remain underground. Miners refuse to rise to the surface to negotiate. The management of the plant appealed to all competent state regulatory bodies and trade unions with a request to help bring people to the surface, but this did not lead to any result, the administration noted.

The management of the enterprise is ready to discuss the demands of the miners and look for a compromise where possible in the event of the protesters leaving the mine.

Previously it was reported that the administration PJSC "Kryvbaszhelezrudkom" decided to increase the salaries of its employees as a result of the protest action. The stoppage of production has already caused appeals from European consumers of the company's products about non-compliance with the terms of the concluded contracts, it threatens to lose markets in favor of other suppliers with a weak prospect of their return.

Recommended:
Robots are watching Rinat Akhmetov's workers in Vinnytsia region of Ukraine
Rolls-Royce intends to raise three billion pounds so as not to go bankrupt
Coal prices in Europe hit a 2020 high
On this topic
KZhRK miners' strike threatens with loss of sales markets without prospects of their return
Miners of PJSC "Kryvbaszhelezrudkom" achieved an increase in wages
Wi-Fi technology in DTEK mine entered the Ukrainian Book of Records as the first and deepest in the
Rinat Akhmetov's DTEK has launched the underground Wi-Fi connection at a depth of 500 meters
Relentless degradation of the coal industry. Close Ukrainian mines?
In Luhansk region the miners refused to come to the surface
Add a comment
Сomments (0)
News Analytics
Innovative matrix headlights on the Audi E-Tron19-10-2020, 22:43
Tensions rise between China and Australia over commodity trade14-10-2020, 18:15
The European Union confirms its intention to introduce a border tax on carbon13-10-2020, 13:20
ArcelorMittal Europe to start producing green steel from 202013-10-2020, 12:44
Kremenchug refinery launched an isomerization unit13-10-2020, 12:43
Dolomite powder market to reach USD 33.44 billion by 202705-10-2020, 12:33
Iron ore prices to surpass six-year high soon16-09-2020, 10:32
World Oil Demand Peak May Be Over - BP15-09-2020, 09:05
China expands car market capacity by increasing demand for steel and metals11-09-2020, 10:56
Prices continue to rise in the long and flat steel markets08-09-2020, 14:25
Sign in with: