Vostochny Ore Mining and Processing Plant, the only enterprise in Ukraine that provides the extraction of natural uranium and the production of its oxide concentrate, has suspended the operation of mines since December 7. 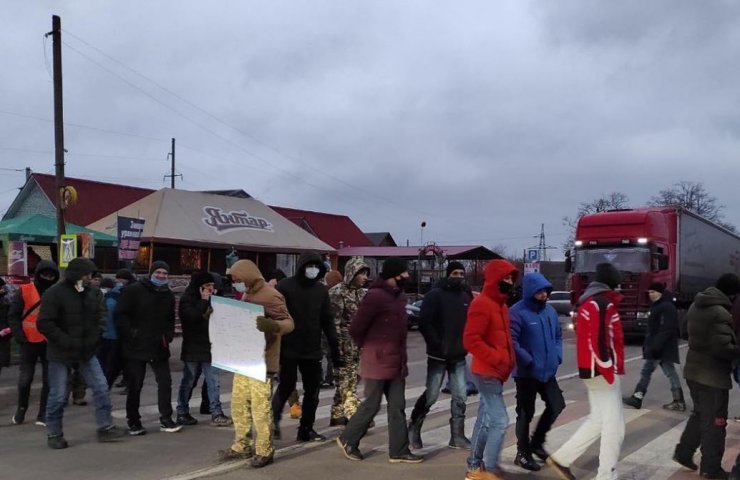 Miners of uranium mining mines in Kirovograd region announced an indefinite round-the-clock protest, which will continue until they are paid their wage arrears.

“The protest action in Kirovogradskaya will not stop at night - it will continue around the clock. Protesters - the labor collectives of the VostGOK uranium mining mines speak of their readiness to protest until the central government hears their demands - closes UAH 83 million in wages and restores the operation of the enterprise, ”said Mikhail Volynets, chairman of the Independent Trade Union of Miners of Ukraine. /p>

Let us remind you that since December 7, the structural divisions of SE "VostGOK" have been put into standby mode. The union said that the suspension of the mines will lead to the bankruptcy of the enterprise in early 2021, as well as to an environmental disaster in the region.

Vostochny Ore Mining and Processing Plant is the only enterprise in Ukraine that ensures the extraction of natural uranium and the production of its oxide concentrate. Part of the State Concern Nuclear Fuel. VostGOK employs about 5,000 people, part of the staff are uranium miners.

Recommended:
ArcelorMittal Kryvyi Rih reduced steel production in January-November 2020 by 14%
Hyundai and Kia expect car sales to grow by 11.5% in 2021
European Association of Automobile Manufacturers calls UK trade deal "big relief"
On this topic
Workers of uranium mines in Ukraine threaten to block four routes on Monday
VostGOK workers blocked three highways protesting against non-payment of wages
Trade unions threaten the Ukrainian authorities with an all-Ukrainian strike of miners
In Luhansk region the miners refused to come to the surface
Miners go to Kiev to protest: will demand a billion hryvnia
The Independent Trade Union of Miners of Ukraine decided to prepare for an all-Ukrainian protest
Add a comment
Сomments (0)
News Analytics
January lockdown cuts orders to Ukrainian machine builders, critical for light16-01-2021, 08:11
US imposes new sanctions on Iran in the last days of Trump's presidency16-01-2021, 08:18
Germany gave permission for the completion of Nord Stream 2 in January - May15-01-2021, 11:10
Zaporizhstal exported about 900 thousand tons of rolled metal along the Dnieper15-01-2021, 11:39
Russian automotive market shrank 9.1% in 202015-01-2021, 09:44
China will overtake the United States to become the world's largest economy in27-12-2020, 12:04
The shortage in the US steel market will last at least until the end of the25-12-2020, 11:36
Steel production in China to surpass one billion tons this year23-12-2020, 10:59
Iron ore prices hit seven-year high and continue to rise15-12-2020, 10:26
Prices for metallurgical raw materials continue to rise in regional markets10-12-2020, 11:32
Sign in with: