A compromise reached earlier this month unlocked funds, freeing up up to 56 billion euros for Poland's transition to green environmental policies between 2021 and 2027. 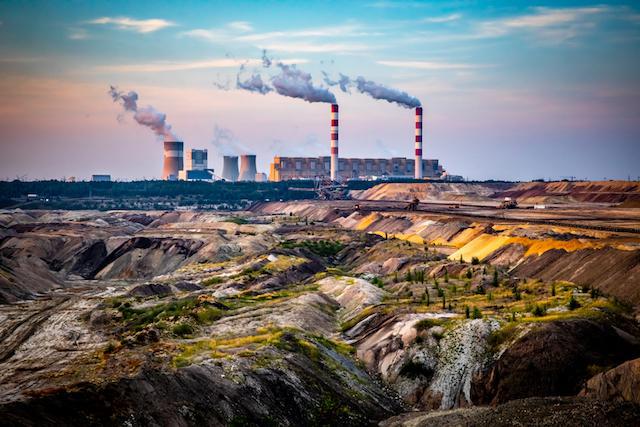 Despite three decades of successful market reforms and strong growth since the transition from communism to democracy, Poland still uses coal to generate about 80 percent of its electricity. The country's thermal power plants are the largest emitter of greenhouse gases in the European Union and a big headache for the European Commission, which has set a goal of reducing emissions by 55% by 2030.

According to Professor Piotr Skubal of the University of Silesia, located in the heart of the southern coal region, Poland would have had to start ditching coal decades ago in order to meet EU emission targets.

High mining costs and carbon taxes in the EU have made coal-fired energy uncompetitive, forcing Warsaw to reconsider.

According to Grzegorz Wiszniewski, head of the IEO's leading think tank for renewable energy in Poland, the average cost of energy in Poland is about twice that of the rest of the EU - around 50 euros per megawatt hour.

According to Climate Minister Michal Kurtyk, funds from the EU's Green Deal energy package are critical to helping Poland transform its coal regions and move towards green energy.

Kurtyka is optimistic that Poland's green energy sector, which currently covers about 16 percent of its needs, could grow rapidly over the next 20 years and create 300,000 new jobs, replacing those associated with coal mining.

The minister said that the launch of the first nuclear power plant by 2033 is also part of Poland's environmental agenda, although some Polish experts argue that the nuclear option will be too expensive to implement.

Recommended:
World steel production in November increased by 6.6%
Russia restricts the export of scrap metal due to the threat of a shortage of metallurgical raw materials
The protest action of the workers of the VostGOK uranium mining mines will continue around the clock
On this topic
Ukraine asks the UK to share its experience in transforming coal regions
Biden's Production Plan Requires Significant Increase in U.S. Mineral Production
The transformation of coal regions will have a significant impact on the entire economy of Ukraine
Japan will close two-thirds of coal-fired power plants
The European Union has declared its readiness to support Ukraine in reforming the coal industry
The Greek authorities decided to 2023 to completely abandon coal
Add a comment
Сomments (0)
News Analytics
January lockdown cuts orders to Ukrainian machine builders, critical for light16-01-2021, 08:11
US imposes new sanctions on Iran in the last days of Trump's presidency16-01-2021, 08:18
Germany gave permission for the completion of Nord Stream 2 in January - May15-01-2021, 11:10
Zaporizhstal exported about 900 thousand tons of rolled metal along the Dnieper15-01-2021, 11:39
Russian automotive market shrank 9.1% in 202015-01-2021, 09:44
China will overtake the United States to become the world's largest economy in27-12-2020, 12:04
The shortage in the US steel market will last at least until the end of the25-12-2020, 11:36
Steel production in China to surpass one billion tons this year23-12-2020, 10:59
Iron ore prices hit seven-year high and continue to rise15-12-2020, 10:26
Prices for metallurgical raw materials continue to rise in regional markets10-12-2020, 11:32
Sign in with: