Luxembourg will intensify efforts to achieve its goal of becoming a European hub for space mining by announcing plans to establish a European Center for Space Resources Innovation. 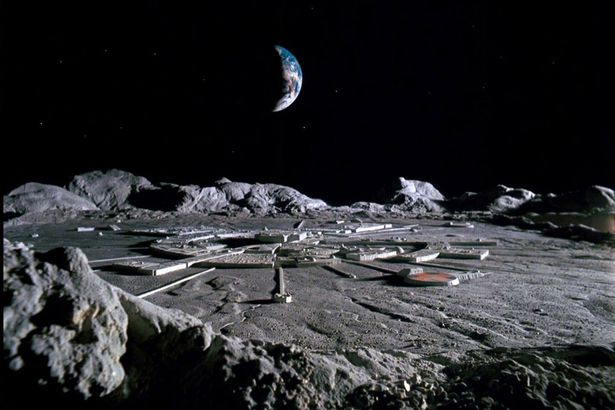 The small European country, the Grand Duchy of Luxembourg, has announced plans to create a European Space Resources Innovation Center (ESRIC), which should lay the foundations for the development of extraterrestrial resources, and intends to become a European center for space mining, follows from the message ESRIC. p>

"The global space mining market is expected to grow at a CAGR of 23.7% over the forecast period 2020 to 2026," Research Insights analysts say in their new report on the prospects for commercial minerals mining in space.

Experts have long emphasized the mineral value of asteroids. They claim that celestial bodies are filled with iron ore, nickel and precious metals in much higher concentrations than on Earth, making up a trillion dollar market.

For example, the asteroid Psyche, located between Mars and Jupiter, is mainly composed of iron and nickel. There was it is hypothesized that a piece of iron of this size could be worth about $ 10,000 quadrillion, which is more than the entire economy on our planet.

European scientists have announced plans to start mining on the Moon as early as 2025, although they will not be mining gold and diamonds, but waste-free nuclear energy, which is believed to be worth trillions of dollars.

Market Research predicted that industrial development of asteroids would enhance the ability of humans to colonize planets. Plus, it could provide better ways to track dangerous space objects that could collide with Earth.

In collaboration with the European Space Agency (ESA), Luxembourg aims to make the center of innovation a globally recognized center of excellence in the scientific, technical, business and economic aspects of the use of space resources, including water on the moon, as well as metals and asteroid minerals .

This center, located in Luxembourg, is also expected to foster economic growth by supporting commercial initiatives and startups, offering a business incubation component and enabling technology transfer between space and non-space industries.

Luxembourg is one of the richest countries in the eurozone and has a long history of space industry that plays a significant role in the development of satellite communications.

Although its ambition to become a significant player in the asteroid industry is only four years old, the country has already taken important steps towards that goal.

The country also announced a € 200 million line of credit to entrepreneurial space companies to establish their European headquarters within its borders.

Earlier, the government reached an agreement with another American company, Deep Space Industries, to send missions to explore for water and minerals in outer space. Both sides are currently developing Prospector-X, a small experimental spacecraft that will test technologies for searching and mining near-Earth asteroids from 2021.

Luxembourg did not stop there. In 2018, he created his own space agency (LSA) to accelerate the exploration and commercial exploitation of near-Earth objects.

Recommended:
Aston Martin: Mercedes will receive a 20% stake in the luxury brand
Minks infected with coronavirus found near border with Ukraine
The Ministry of Finance of Ukraine has successfully agreed on the parameters of the state budget with the IMF
On this topic
Trump declares US mining emergency - Wilbur Ross
Dolomite powder market to reach USD 33.44 billion by 2027
Iron ore prices to surpass six-year high soon
The Russian space Agency has accused trump of the creation of the basis for seizure of territories
Prospects for the development of the economy and steel market in the EU in 2019-2020
The price bubble in the ore market will soon deflate quickly
Add a comment
Сomments (0)
News Analytics
British Steel Teesside increases headcount for the first time in many years26-11-2020, 19:44
"Bogdan Motors" started manufacturing trolleybuses for KP "Kyivpastrans"26-11-2020, 17:17
Minks infected with coronavirus found near border with Ukraine26-11-2020, 16:44
All Maserati will be electric cars in five years26-11-2020, 16:37
Secret metallurgical equipment for Azovstal arrived in Mariupol port26-11-2020, 15:55
European Union scrap collectors worried about possible export restrictions18-11-2020, 10:41
Occupational diseases of workers in the extractive industry: types and ways to16-11-2020, 17:49
Eurofer expects recovery in EU steel demand05-11-2020, 09:47
Hot rolled carbon steel demand will continue to grow by 4% pa until 203004-11-2020, 16:14
Platts Steel Trade Review: China Will Decide Asia's Fate30-10-2020, 10:04
Sign in with: