Of the 22 miners who were underground during the explosion, only 11 people were raised to the surface two weeks later. Only one is officially considered dead. 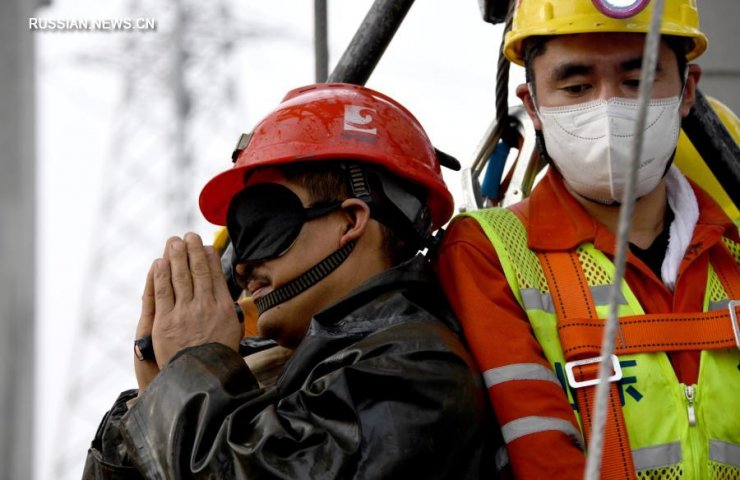 11 miners trapped underground for two weeks after an explosion at a gold mine in Shandong province in eastern China were rescued on Sunday.

The workers blocked by the blasted rock took about four hours to recover, after nearly two weeks of drilling from the surface to reach the people.

The first worker, who was in extremely weak condition, raised by the rescuers, was urgently taken to the hospital for treatment.

Currently, 633 people and 407 pieces of equipment are at the scene of the accident to carry out rescue operations.

A total of 22 miners were trapped about 600 meters underground on January 10 following an incident at a mine in Qixia, which is administratively subordinate to Yantai.

By Sunday, rescuers managed to establish contact with 10 miners. They are in good physical and psychological condition. Another is presumed dead.

Chinese mines are among the deadliest in the world. According to the National Mine Safety Administration, there were 573 mine deaths in 2020.

Recommended:
5G Ultrasonic Robot Used for Remote Treatment in Tibet
Smart Holding switched to corporate services Microsoft 365
Eurasian Resources Group Supports Fund to Prevent Child Labor Exploitation in Mining Communities
On this topic
Eleven miners still await rescue from exploded gold mine in China
At least 12 living miners remain under the rubble of a mine blown up on January 10 in China
An explosion thundered in the north of China, there are victims
18 people die after carbon monoxide leak in China coal mine
Rinat Akhmetov's DTEK has launched the underground Wi-Fi connection at a depth of 500 meters
Four people were killed in the collapse of rocks at the gold mine in South Africa
Add a comment
Сomments (0)
News Analytics
Britain denies loan guarantees for metallurgical holding GFG Alliance01-03-2021, 22:52
Spread between raw materials and high strength alloy steel in Europe increased01-03-2021, 20:21
Metinvest will not announce plans to achieve carbon neutrality yet01-03-2021, 16:19
Zaporizhstal: production results in February 202101-03-2021, 15:24
The largest Texas energy company files for bankruptcy01-03-2021, 12:31
Spread between raw materials and high strength alloy steel in Europe increased01-03-2021, 20:21
Increase in prices is forecasted in the markets of steel raw materials -26-02-2021, 09:25
Troy ounce of gold will drop $ 500 in two years - Fitch25-02-2021, 18:29
Global iron ore production growth to outstrip cumulative production in India23-02-2021, 10:22
Fitch Ratings Warns of “Shocking Impact” on Fossil Fuel Exporters18-02-2021, 14:44
Sign in with: