The Nadezhda mine, which they want to make a museum, will again produce coal

The Nadezhda mine, which is planned to be turned into the first industrial museum in Ukraine, has been relaunched to pay back wage arrears. 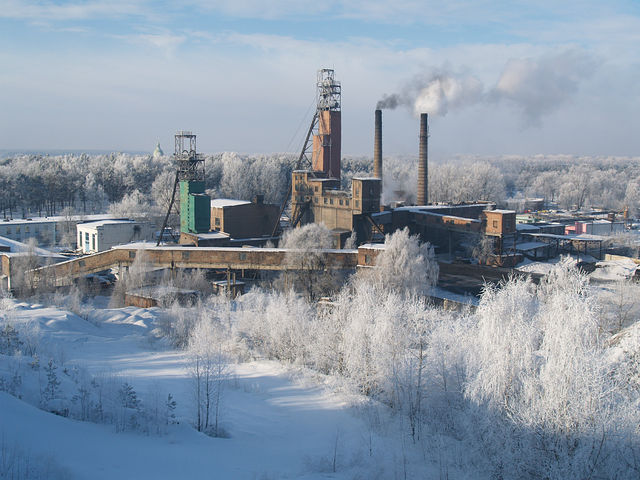 Today, Deputy Energy Minister of Ukraine Maksim Nemchinov, together with people's deputies, held a meeting with representatives of trade unions, Lviv Regional State Administration (RSA) and the management of Nadezhda Mine CJSC to resolve the issue of wage arrears and payments for electricity.

By According to the press service of the Ministry of Energy, today, joint work with MPs, in particular with MP Yuri Kamelchuk, continues on a bill on amendments to the State Budget for 2021 in order to pay off the specified debt.

The Ministry will hold negotiations with the oblenergo on the resumption of power supply to check the condition of the underground part of the Nadezhda mine and restore coal production.

Part of the funds from the production activities of the enterprise will be used to pay off debts. A plan to make such payments from the mine is expected in the near future.

As noted in the Ministry of Energy, the State Budget for 2021 provides for 100% financing of measures to prepare the mine for liquidation.

Recall that at the end of 2020, the Nadezhda mine was planned to be turned into the first industrial museum in Ukraine within the framework of the so-called "transformation" of the country's coal regions. And last week, the Novovolynsk authorities submitted an application to the Ukrainian Cultural Foundation in order to receive funds for the creation of a virtual museum of mines. According to preliminary estimates, the project budget will amount to more than UAH 600 thousand.

Recommended:
Laying of Nord Stream 2 in Danish waters is to be completed by the end of April
BMW orders 43,000 tonnes of green aluminum in Emirates in a race for zero emissions
Zaporozhtransformator resumes deliveries to Argentina
On this topic
1.4 billion hryvnia will be allocated to pay off wage arrears to miners
The Bogdan Motors team appealed to the People's Deputies of Ukraine
The Ministry of Energy of Ukraine announced an unprecedented situation in the coal industry of the
UAH 5 million was transferred to pay salaries to miners at the Nadezhda mine
The Ministry of Energy of Ukraine announced 50 million hryvnias of "illegal expenses" at the
How the reform of the electricity market in Ukraine can lead to a collapse and what to do about it
Add a comment
Сomments (0)
News Analytics
Bogdan Motors started construction of buses for Antonov State Enterprise03-03-2021, 11:06
At the Kherson shipyard, the dry cargo ship was lengthened by 25 meters,03-03-2021, 10:04
British unions fear thousands of jobs to be lost due to Sanjiv Gupta's03-03-2021, 10:58
Australia's pipeline operators start adding hydrogen to natural gas03-03-2021, 10:56
The United States expands the list of organizations associated with the03-03-2021, 09:15
Spread between raw materials and high strength alloy steel in Europe increased01-03-2021, 20:21
Increase in prices is forecasted in the markets of steel raw materials -26-02-2021, 09:25
Troy ounce of gold will drop $ 500 in two years - Fitch25-02-2021, 18:29
Global iron ore production growth to outstrip cumulative production in India23-02-2021, 10:22
Fitch Ratings Warns of “Shocking Impact” on Fossil Fuel Exporters18-02-2021, 14:44
Sign in with: