1.4 billion hryvnia will be allocated to pay off wage arrears to miners

This statement was made at the Ministry of Energy of Ukraine, stressing that funds from the special fund for coronavirus have never been used and will not be used to pay salaries to miners. 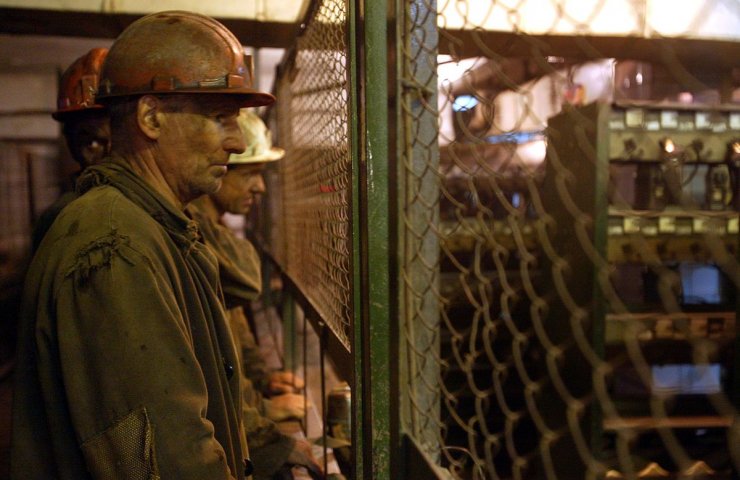 This year, the Ukrainian government, headed by Denis Shmyhal, with the active support of President Volodymyr Zelenskyy, took the necessary measures to pay wages to miners, the press service of the Ministry of Economy said.

In the summer, the Ministry of Energy paid off the current wage arrears to the miners, which arose due to the forced downtime of coal mining enterprises, and also ensured the payment of wages.

Now in the State budget it is planned to provide for another 1.4 billion hryvnia for the payment of wages to miners and repayment of the debt that has arisen since September. These funds should come from mandatory payments of NJSC Naftogaz and JSC Ukrnafta - the corresponding bill was adopted today in the first reading by the people's deputies.

The Ministry of Energy stressed that the fund for combating COVID-19 was not used to pay off debts to miners: not a penny was taken from there.

“During the year, we ensured the payment of wages to miners and repayment of current debts to the maximum. I am grateful to the government and people's deputies for effective decisions and the opportunity to reach 100% of the government's calculations for the workers of the coal industry, without bothering special funds, in particular the fund for combating COVID 19. Moreover, if possible, fill this fund, ”the acting director said. Minister of Energy Olga Buslavets.

Earlier it was reported that near the Verkhovna Rada on Tuesday there was another protest of miners from coal mining enterprises of the city of Ugledar, which were joined by colleagues from the Confederation of Free Trade Unions of Donetsk region. Among the demands of the protesters:

Let us remind you that the Energy Ministry has already completed the preparation of the project The concept of reforming the coal industry, which is aimed at optimizing state budget expenditures. The concept provides for the division of mines into three groups. The first group is the mines that will be integrated with OJSC "Centerenergo" and are its resource base. The second is dual-use mines, the sale of which is not limited solely to thermal coal. The third group of mines - those that will be offered for privatization not only as coal mining enterprises, but also as integral property complexes that can be used for other economic activities.

Recommended:
British Steel Teesside increases headcount for the first time in many years
An electrostatic precipitator from the Czech company ZVVZ-Enven Engineering is installed at Severny GOK
European Union scrap collectors worried about possible export restrictions
On this topic
UAH 5 million was transferred to pay salaries to miners at the Nadezhda mine
Ministry of energy of Ukraine announced the resumption of the work of state-owned mines
The Ministry of energy of Ukraine reported about the repayment of wage arrears to miners
How the reform of the electricity market in Ukraine can lead to a collapse and what to do about it
In Luhansk region the miners refused to come to the surface
Minamaneho asks members to approve 1 billion on payment of arrears to the miners
Add a comment
Сomments (0)
News Analytics
Scientists have created artificial leather made of metals capable of29-11-2020, 10:01
The State Environmental Inspection will not allow disrupting the terms of29-11-2020, 10:17
All vessels involved in the construction of Nord Stream-2 returned to the port28-11-2020, 16:43
IMF denies emergency financial aid to Kiev28-11-2020, 10:31
Biden's Production Plan Requires Significant Increase in U.S. Mineral Production28-11-2020, 10:35
European Union scrap collectors worried about possible export restrictions18-11-2020, 10:41
Occupational diseases of workers in the extractive industry: types and ways to16-11-2020, 17:49
Eurofer expects recovery in EU steel demand05-11-2020, 09:47
Hot rolled carbon steel demand will continue to grow by 4% pa until 203004-11-2020, 16:14
Platts Steel Trade Review: China Will Decide Asia's Fate30-10-2020, 10:04
Sign in with: