The Ministry of Energy of Ukraine instructed SE "Vostok GOK" to develop a program to ensure the competitiveness of the enterprise. 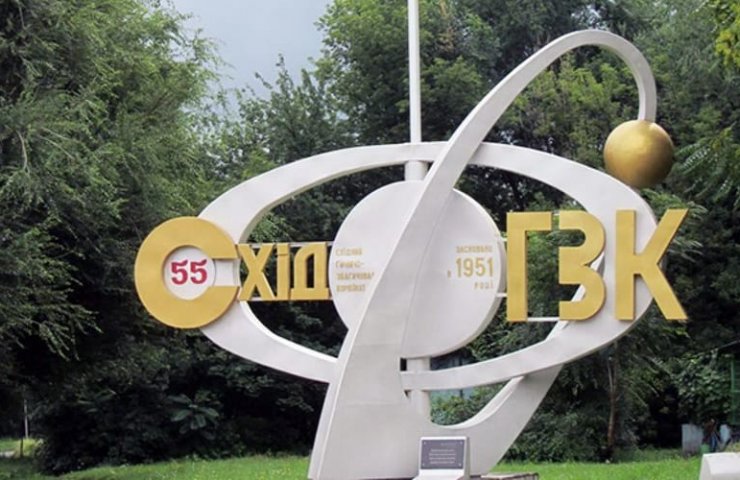 On February 11, the Ministry of Energy of Ukraine hosted a meeting on the implementation of the terms of a long-term agreement between State Enterprise "NAEK" Energoatom "and State Enterprise" Eastern Mining and Processing Plant "and the determination of the price of uranium concentrate in 2021.

The event was attended by the acting Minister Yuriy Vitrenko, acting Petr Kotin, President of the State Enterprise NNEGC Energoatom; Anton Bendik, General Director of SE Vostok GOK. They discussed the prospects for the development of SE "Vostok GOK", the state of settlements between these state-owned enterprises for the supplied uranium oxide concentrate, the planned procurement volumes during 2021 and beyond.

I.O. Minister Yuriy Vitrenko noted that the task of the management of the SE "Vostok GOK" should be to ensure the competitiveness of the enterprise, and assured of the readiness of the state to contribute to this in every possible way.

Following the meeting, the State Enterprise "Vostok GOK" was instructed to develop and submit to the Ministry of Energy and NNEGC "Energoatom" a program to ensure the competitiveness of the enterprise. Such a program will be analyzed for validity, after which the possibility of joining the Vostok GOK SE into the NNEGC Energoatom SE will be considered.

Recall that in December 2020, at a meeting with representatives of the industry trade union, people's deputies and specialists from the Ministry of Energy, it was said that the implementation of the merger of the two enterprises requires a detailed financial analysis of the feasibility of such a reorganization and taking into account the restrictions associated with the current obligations of both companies.

Recommended:
Ukraine remains in 10th place in pig iron smelting and in 13th place in steel production in the world
Bogdan Motors continues to ship trolleybuses to Kharkiv
Police catch homeless people ahead of G7 Summit in Cornwall - Euronews
On this topic
Energoatom accused VostGOK of short supply of uranium concentrate for 700 million hryvnia
Uranium problems: Ukraine may lose its own production
Terms of cooperation with Energoatom cannot be called constructive - head of VostGOK
Workers of the only uranium mining enterprise in Ukraine prepare for protests
Pavlisin: Energoatom may face a shortage of funds for payment of taxes and salaries
"VostGOK and Energoatom signed a six-year contract for the supply of uranium concentrate
Add a comment
Сomments (0)
News Analytics
German metallurgists have created steel that reduces the unpleasant noise of15-06-2021, 19:05
Gas cleaning equipment of Azovstal is transferred to a dry system using15-06-2021, 18:06
EU and US agree to lift bilateral import duties on steel and aluminum15-06-2021, 12:27
Ukrzaliznytsia will buy 100 passenger cars without a tender for the15-06-2021, 12:43
The European Union issues the first patent for steelmaking using hydrogen and15-06-2021, 11:28
Vaccinations fuel demand for platinum - World Platinum Investment Council08-06-2021, 12:55
Sharp price growth continues in the rolled metal market - Ukrpromvneshexpertiza08-06-2021, 11:04
Analysts note overheating of the global scrap metal market01-06-2021, 13:28
Hydrogen-fueled steelmaking could be competitive after 2050 - McKinsey19-05-2021, 14:22
Steel raw material prices are skyrocketing across the board18-05-2021, 12:34
Sign in with: