The price bubble in the ore market will soon deflate quickly

The latest data on sea shipments of iron ore to China suggests that Brazilian iron ore exports have almost recovered to early-year levels when the Vale tailings disaster struck. 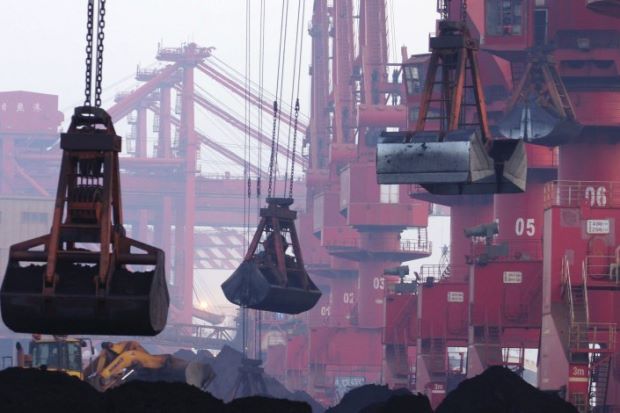 The current high iron ore prices are expected to fall after China's steel production peaks this year. However, there is positive news for mining companies, which is that the decline in production of the world's largest producer is likely to be gradual.

China will produce 940 million tonnes of steel in 2019, up from 928 million last year, the Australian government said in its latest quarterly forecast released on Monday.

This year is likely to be the last record year for Chinese steel production, as Australia's Ministry of Industry, Innovation and Science predicts production will drop to 930 million tonnes in 2020 and 926 million a year later.

While the likelihood of passing a peak in China's steel production sounds somewhat ominous for iron ore producers, the forecast also says that global steel production will remain largely unchanged with 1,805 million tonnes expected this year, in 2006 - 1 806 million, and in 2021 - 1 808 million.

This stable outlook for global steel production is actually positive news for iron ore producers as it means continued demand for their products at current high levels.

The Australian government expects the iron ore market to return to equilibrium by next year as production in Brazil, the world's second largest exporter after Australia, will recover.

Global iron ore trade is expected to decline 4 percent in 2019 to 1.53 billion tonnes as Brazilian issues and weather events in Australia take their toll.

The Australian Government is forecasting spot market prices, pick-up from Australia, while current market benchmarks are for prices shipped to China.

Even with transportation costs around US $ 7 per tonne, if Australian forecasts are confirmed, this would be a significant decline from the current price of 62% iron ore in China, which is estimated at Monday $ 123.65 per ton.

This price remains the highest since January 2014, and quotes are up 64 percent since the Brazil disaster. This may indicate a price bubble, and it is only a matter of time before the return of the offer and prices will decline.

The presence of a bubble makes the recovery in Brazilian exports critical to prices, and shipping and port data compiled by Refinitiv indicate that supply stabilization is under way.

Brazil shipped 30.63 million tonnes in June, according to data that has been filtered to show only ships currently on board and those already unloading or awaiting loading. This is up from 28.3 million tons in May and significantly higher than 17.2 and 23.7 million tons in April and March, respectively.

June's figure was on par with the 30.1 million tonnes exported in January last month before the impact of the dam failure, but still below the 35.9 million shipped in December.

This shows that Brazilian exports still have the potential to increase from current levels, and until they do so, miners can expect the price of ore to increase in the current period.

Recommended:
Italian company Danieli will supply Interpipe with a new pipe heat treatment line
Production of Russian road construction equipment in 2021 increased by 26%
"ArcelorMittal Kryvyi Rih" objects to the requirements of the State Environmental Inspection and is ready to join the trial
On this topic
The profitability of Indian metallurgists will be reduced by 5 percent
Prospects for the development of the economy and steel market in the EU in 2019-2020
Asia faces an influx of Chinese steel due to Washington's actions
EUROFER: EU Steel Market in 2019. Overview and perspectives
Steel production at record levels. What's next?
China's steel production growth surprised analysts
Add a comment
Сomments (0)
News Analytics
Iran is satisfied with the reaction of the world community to 60% enrichment of18-04-2021, 13:24
Gas prices in Ukraine have reached a record value over the past two years -16-04-2021, 17:24
Ukrmetallurgprom asks the Antimonopoly Committee to allow Metinvest to bid for16-04-2021, 17:23
A fatal accident occurred on the territory of the Dnieper Metallurgical Plant16-04-2021, 13:01
Cars built for Euro 2012 will be repaired at the Kryukov Carriage Works16-04-2021, 12:46
World Steel Association predicts a good year for metallurgists15-04-2021, 18:19
World Steel Association defines green steel and its variations12-04-2021, 13:14
China unlikely to cut steel capacity in 2021 due to high steel prices07-04-2021, 12:11
Scrap metal market at the beginning of April02-04-2021, 11:10
Rising Chinese Prices Fueled Rising Global Steel Prices - MEPS25-03-2021, 18:54
Sign in with: