Fire at ArcelorMittal coal mine in Kazakhstan: 348 people evacuated

On February 19, a commission inspection report was drawn up, which indicates numerous violations at the Saranskaya mine of the Department of Management of ArcelorMittal Temirtau JSC. 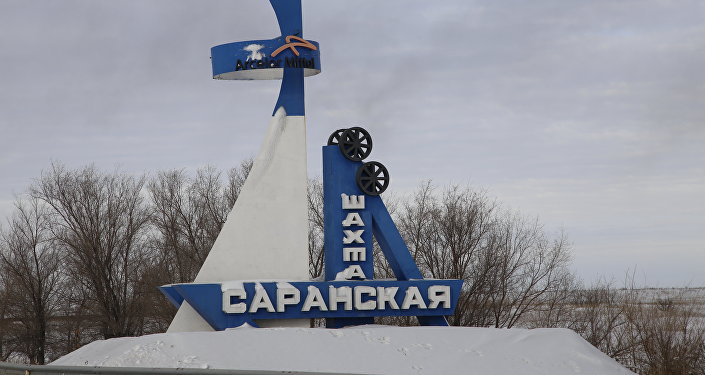 On March 12, 2021, during the third shift at the Saranskaya mine, UD JSC ArcelorMittal Temirtau, a fire occurred on an inclined conveyor cross-section.

An emergency response plan was immediately introduced and rescue units were called. Subdivisions of Emergency Situations Service of the Karaganda region and VASS Komir are working on site.

348 workers who were at that moment in the mine were urgently brought to the surface.

There are no casualties or casualties. At the moment, work is underway to eliminate the accident and find out the reasons.

In early March, the court issued a ruling according to which work at the Saranskaya coal mine should have been suspended due to violations identified that endanger the life of miners.

Judge Aigul Bekkozhina ruled to suspend coal mining until the company meets the requirements of the Department of Industrial Development and Industrial Safety.

The ruling has not entered into force, ArcelorMittal has a month to appeal.

Recommended:
Egypt to demand at least $ 1 billion in compensation after Suez Canal congestion
Heads of European carmakers met with the Vice President of the European Commission for the Green Deal
Real drop in Ukraine's GDP in 2020 turned out to be lower than predicted - Ministry of Economy
On this topic
Ukrainian buyers of Chinese steel won arbitration in Suzhou and thank the court for impartiality
An explosion occurred at the ArcelorMittal mine in Kazakhstan - one of the workers remains under
Ukraine asks the UK to share its experience in transforming coal regions
Erbol Nurgaliyev visited the metallurgical plant of JSC "ArcelorMittal Temirtau"
The plant of ArcelorMittal in Kazakhstan is in normal mode despite the quarantine
Fire broke out at the mine "Stepnaya " SE "Lvovugol "
Add a comment
Сomments (0)
News Analytics
Gas prices in Ukraine have reached a record value over the past two years -16-04-2021, 17:24
Ukrmetallurgprom asks the Antimonopoly Committee to allow Metinvest to bid for16-04-2021, 17:23
A fatal accident occurred on the territory of the Dnieper Metallurgical Plant16-04-2021, 13:01
Cars built for Euro 2012 will be repaired at the Kryukov Carriage Works16-04-2021, 12:46
Novokramatorsk Machine-Building Plant has raised wages for the second time16-04-2021, 12:54
World Steel Association predicts a good year for metallurgists15-04-2021, 18:19
World Steel Association defines green steel and its variations12-04-2021, 13:14
China unlikely to cut steel capacity in 2021 due to high steel prices07-04-2021, 12:11
Scrap metal market at the beginning of April02-04-2021, 11:10
Rising Chinese Prices Fueled Rising Global Steel Prices - MEPS25-03-2021, 18:54
Sign in with: