The decision was made following the meeting of the National Security and Defense Council, at which the report of the head of the State Service of Geology and Subsoil of Ukraine was presented. 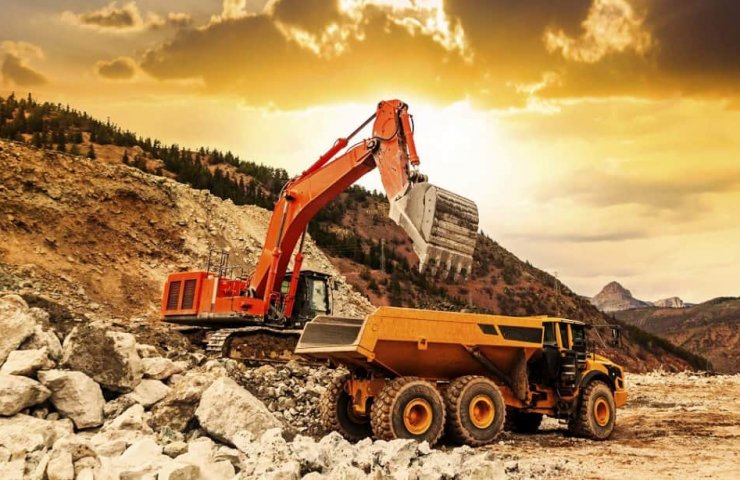 The National Security and Defense Council (NSDC) of Ukraine will audit all permits for subsoil use since 1994 and return them to the people in case of violation of the conditions. This was announced at the meeting by NSDC Secretary Alexei Danilov.

“It was decided within a short period of time to audit all permits without exception, which were issued since 1994,” he said after the meeting of the NSDC, at which the report of the head of the State Service of Geology and Subsoil of Ukraine was presented. Initial inspections showed that most of the permits were obtained by companies controlled by offshore companies.

"If violations are found during the fulfillment of the licensing conditions of these permits, such permits will be legally returned to the people of Ukraine," Danilov added.

“According to the Constitution, the subsoil belongs to the Ukrainian people. To our great regret, at the first even approximate audit it turned out that the Ukrainian people do not have very many permits there. Mostly these are the people who live on the Virgin Islands or other islands and in states that are not entirely directly related to Ukraine, "the NSDC Secretary noted.

The Extractive Industries Transparency Initiative is an international standard designed to improve the transparency of government revenue management from natural resource extraction.

In 2013, Ukraine joined the Extractive Industries Transparency Initiative and, since 2015, has been publishing annual reports showing how many companies operate in the extractive industries, how much taxes they paid to the state, which companies are ready and which are not ready to show results their work.

“The purpose of data disclosure is to provide access to complete and objective information on the volumes of mining, payments of business entities operating in the region, as well as their social and environmental obligations. This allows the authorities, society and potential investors to clearly understand the situation in the mining sector of the country, and also creates the prerequisites for responsible use of mineral resources, "- said Roman Opimakh, head of the State Geological Survey.

Recommended:
Liberty Steel Owner Says Aggressive Lender Actions Threatens 35,000 Jobs
List of companies subject to sanctions in Ukraine published
Energy independence of Ukraine depends on decarbonization and "green" energy - State Energy Efficiency
On this topic
In Ukraine, more deposits of metals and minerals have already been put up for sale than in the
Ukraine can fully provide itself with uranium and hydrocarbons - Roman Opimakh
Steel production in September 2020
Yuzhmash told whether it is possible to launch reusable rockets from the Black Sea
Ukraine may face the shortage of drinking water
Shakhta imeni Artema will continue to produce iron ore for "ArcelorMittal Kryvyi Rih"
Add a comment
Сomments (0)
News Analytics
Electrotyazhmash was allowed to overhaul the rolling stock of Ukrzaliznytsia21-04-2021, 16:17
Dniprostal-Energo initiates an auction for the purchase of electricity on the21-04-2021, 16:08
Zaporizhstal donated a new oxygen station to the Zaporizhzhya Regional21-04-2021, 15:11
Brazil is interested in the production capabilities of Yuzhmash21-04-2021, 14:35
Energoatom ordered a condenser from Turboatom worth 0.5 billion hryvnia for21-04-2021, 14:28
Global hydrogen demand to grow 7-fold by 2070 - PwC21-04-2021, 12:31
World Steel Association predicts a good year for metallurgists15-04-2021, 18:19
World Steel Association defines green steel and its variations12-04-2021, 13:14
China unlikely to cut steel capacity in 2021 due to high steel prices07-04-2021, 12:11
Scrap metal market at the beginning of April02-04-2021, 11:10
Sign in with: