The abnormal heat has caused a high dispute for electricity, which in China has become nothing to generate. 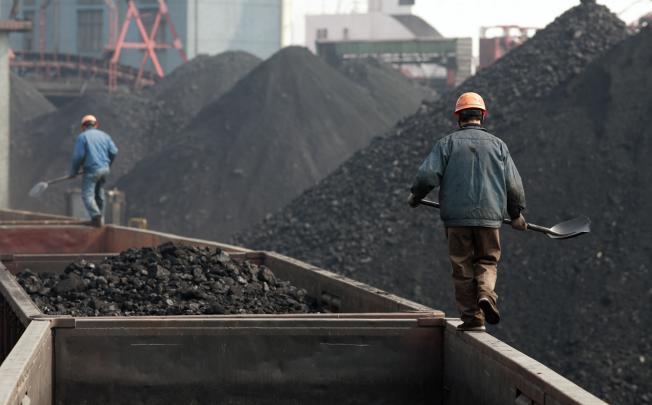 The Chinese government announced the resumption of coal mining at 53 mines in the provinces of Inner Mongolia, Shanxi and Xinjiang. The authorities had to resort to such a decision, which contradicts the PRC's stated policy of reducing the share of coal-fired generation in the energy balance due to the growing demand for electricity amid extreme heat and the recovery of industrial production.

It is assumed that the reactivated mines will operate within a year, and this will provide an additional 44 million tons of coal for Chinese power plants. However, Beijing is already warning that power shortages will worsen in the future.

This means that global thermal coal prices will remain high. In May, the cost of coal for Chinese power plants broke a historic record, and LNG prices in the Asian market also increased significantly during the summer heat.

Финансовая аналитика, прогнозы цен на сталь, железную руду, уголь и другие сырьевые товары. More news and analytics on Metallurgprom telegram channel - subscribe to get up-to-date market information and price forecasts faster than others.
Сomments
Add a comment
Сomments (0)
On this topic
How the reform of the electricity market in Ukraine can lead to a collapse and what to do about it
A predictable rally in thermal coal prices begins in China: historic record beaten
Stopped nuclear power plants and mines. What's going on in the energy sector of Ukraine?
Coal prices will skyrocket: Beijing decided to liberalize electricity prices
The Korea Herald: South Korea raises electricity tariffs for the first time in 8 years due to Nord
Beijing: climate targets will be met with domestic energy supply
Recommended:
UK unions cancel all planned strikes after Queen's death
The market of new passenger cars in Ukraine decreased by almost three times in August
Battery output in China rose significantly in August
News Analytics
EBRD downgrades Ukrainian economic growth forecast for 2023 from 25% to 8%28-09-2022, 13:57
EU plans additional sanctions against Russian metallurgy27-09-2022, 10:34
The European Commission has approved 5.2 billion euros of state support for27-09-2022, 10:43
China's leading industrial profits fall 2.1% in first 8 months27-09-2022, 10:20
Moody's changed the outlook for the global mining industry to26-09-2022, 19:04
China production cuts in winter will give limited boost to steel markets -15-09-2022, 10:09
Steel prices may rise as manufacturers stop production11-09-2022, 14:06
IREPAS: The global long products market is in a "dramatic situation"10-09-2022, 20:49
Steel prices are unlikely to rise significantly in the near future - analysts02-09-2022, 22:58
Steel prices may move up on new data from China31-08-2022, 12:19
Sign in with: