China intends to increase the share of non-fossil energy consumption to around 25% by 2030. 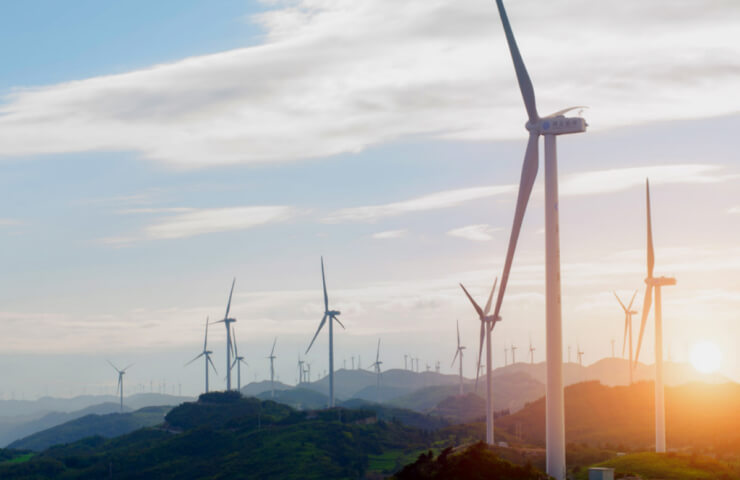 Installed renewable energy capacity in China grew rapidly between January and April this year, amid the country's efforts to reduce carbon emissions and achieve carbon neutrality.

By the end of April, the total installed capacity of power plants in the country reached 2.41 billion kW, an increase of 7.9% year on year, according to official data.

China has announced that it will aim to achieve peak carbon emissions by 2030 and carbon neutrality by 2060.

The country is moving forward in the development of renewable energy sources in order to optimize the energy consumption structure. According to an action plan published last year, China intends to increase the share of non-fossil energy consumption to around 25% by 2030.

Финансовая аналитика, прогнозы цен на сталь, железную руду, уголь и другие сырьевые товары. More news and analytics on Metallurgprom telegram channel - subscribe to get up-to-date market information and price forecasts faster than others.
Сomments
Add a comment
Сomments (0)
On this topic
China's wind and solar power capacity continues to skyrocket
China has increased the capacity of wind farms by a third, and solar - by a quarter
China has published a plan for the development of hydrogen energy for the period 2021-2035.
Energy Crisis Spurs Rush Demand for Diesel and Gasoline Generators in China
China's industrial production up 6.5% in the first quarter of 2022
Coal production in China increased by 25% in the first two months of 2021
Recommended:
The United States imposed sanctions against the chairman of Severstal Alexei Mordashov
Price volatility hits global steel market
Toyota is recalling all electric vehicles released this year due to the fact that their wheels can fall off
News Analytics
The Belarusian steel plant was visited by the Ambassador of Kazakhstan to06-07-2022, 17:44
US steel prices fall to December 2020 levels06-07-2022, 13:40
Interpipe mastered a new type of railway wheels for the EU market06-07-2022, 12:15
Tesla in the second quarter reduced the supply of cars by 18%04-07-2022, 10:24
Steel prices fall due to weakening European demand and problems in China04-07-2022, 10:40
High iron ore shortage could halt metallurgy's green transition28-06-2022, 14:02
Price volatility hits global steel market27-06-2022, 19:28
Recovery in China could be key to rising global steel prices - MEPS24-06-2022, 14:00
Conflict in Ukraine spurs Europe's drive for clean energy03-06-2022, 12:14
US steel market sentiment becomes more price neutral05-05-2022, 10:15
Sign in with: