The identities of the miners trapped in the flooded mine have already been confirmed, but none of them have yet been found. 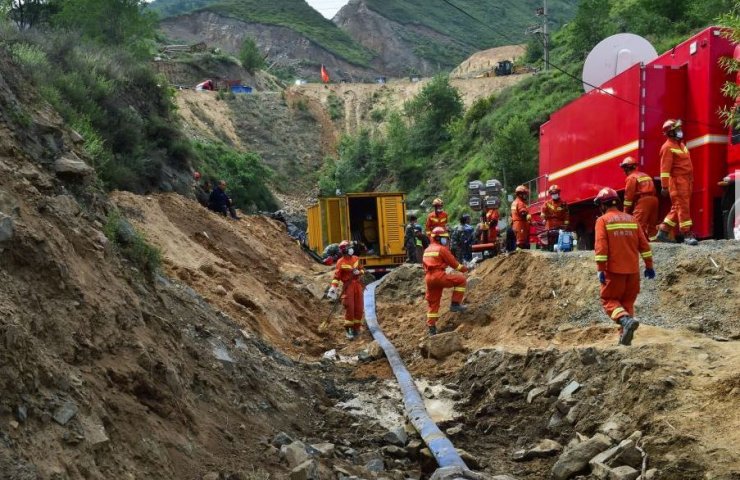 An emergency passage was cleared Saturday to rescue 13 miners trapped in an iron mine in Shanxi province in northern China. This was reported by local authorities.

According to the headquarters of the rescue operation, the connection of a new power supply line allowed the use of high-power pumps. Three more similar pumps were additionally delivered to the mine in order to increase the drainage capacity.

The locked miners have already been identified, but none have yet been found.

Xinhua News Agency reported that rescuers are doing everything they can to rescue the miners.

China is the largest consumer of iron ore and an importer of iron ore in the world. According to data for 2020, the country increased its imports of raw materials by 9.5% compared to 2019 - up to 1.17 billion tons.

Финансовая аналитика, прогнозы цен на сталь, железную руду, уголь и другие сырьевые товары. More news and analytics on Metallurgprom telegram channel - subscribe to get up-to-date market information and price forecasts faster than others.
Сomments
Add a comment
Сomments (0)
On this topic
China's largest steel producer to become even larger and number one in the world in terms of
Korean auto makers will switch to hydrogen engines with help from Chinese steelmakers
A billion tons of cargo have passed through the port of Dubai in 10 years, and most of them are
Airbus begins supplying A350 aircraft through its hub in China
Japanese companies to complete development of hydrogen engines for ocean-going ships by 2025
Tata Group Transfers India to Electric Vehicles
Recommended:
China's crude steel production in 2022 falls for the second year in a row
The Government of the Russian Federation extended the preferential import of equipment for the extraction of coal and ore
Analysts confident of significant growth in global demand for galvanized steel
News Analytics
European steel price rise that began in January will be short-lived - MEPS26-01-2023, 14:44
Steel production in China rose in the first decade of January26-01-2023, 12:30
UK is ready to give 300 million pounds to save British Steel20-01-2023, 21:31
Carriage building plant in Kremenchug stopped production due to debts20-01-2023, 21:11
Europe's passenger car market records its worst year since the turn of the20-01-2023, 21:03
S&P: Russia will continue to dominate the steel export market in the Black05-01-2023, 11:22
Fitch Analysts Predict Big Drop in Global Steel Consumption This Year14-12-2022, 13:59
Analysts predict 5% annual growth in the iron casting market through 203006-12-2022, 12:44
Commodity prices will fall, metals quotes will rise slightly - Focus Economics28-11-2022, 13:28
Platinum market to face shortage next year - WPIC22-11-2022, 18:25
Sign in with: