It is not yet clear whether this could be related to cyberattacks periodically encountered by Iranian nuclear facilities. 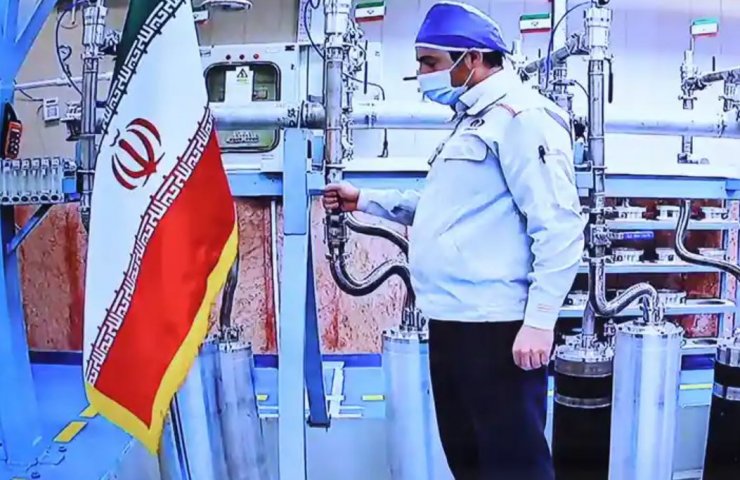 Due to the accident, the power supply to the Iranian nuclear facility in Natanz was interrupted. This was announced by the official representative of the Atomic Energy Organization of Iran, Behruz Kamalvandi.

The emergency happened a few hours after the ceremonial launch of advanced centrifuges for uranium enrichment at this enterprise. According to official data, no one was hurt from the power outage, and there are no negative consequences for the environment.

As the news agency "Fars" reported with reference to B. Kamalvandi, there were no victims and no environmental pollution. The reasons for the incident are being investigated.

The government announced an investigation into the circumstances of the incident, without specifying whether it could be related to cyberattacks that Iran's nuclear facilities periodically encounter. This version is being distributed by Israeli media without links to verified sources.

Recall that Iranian President Hassan Rouhani on Saturday ordered the launch of a cascade of 164 IR-6 centrifuges at a nuclear facility in Iranian Natanz to obtain enriched uranium.

The production of new centrifuges for uranium enrichment launched on Saturday contradicts the terms of the international agreement on the Islamic Republic's nuclear program. After Washington announced its withdrawal from the treaty and the return of sanctions against Iran, Tehran refused to comply with the restrictions imposed on it.

After the change of the US president, negotiations on the return to the nuclear deal, in particular, on the refusal of uranium enrichment in exchange for the lifting of sanctions, intensified.

Recommended:
Tesla sets up data center in China to store information locally
The carbon tax on imported steel in the European Union will begin to be levied in 2023
Zaporizhstal Steel Works passed a certification audit of the quality of hot-rolled steel
On this topic
China purchases $ 1.22 billion worth of metals and minerals from Iran
Iran plans to import about two million doses of vaccine from India, China and Russia
In 14 years Iran will run out of iron ore and non-ferrous metal ores - IMEO
Production of uranium concentrate in Iran will be increased eightfold to 35-40 tons per year
Iran's uranium enrichment up to 20% calls into question nuclear deal with Tehran - EU
Iran announced the benefits of US sanctions for the country's steel industry
Add a comment
Сomments (0)
News Analytics
Demand for scrap metal in Ukraine exceeds supply by 5%19-06-2021, 11:45
Ukraine resumed sea purchases of gasoline due to restrictions on supplies from19-06-2021, 11:38
Installation of the first mine hoisting machine of Uralmashzavod began in Altai19-06-2021, 11:46
European designers have learned to inflate steel structures that could be a18-06-2021, 17:42
In Ukraine, police were accused of involvement in the theft of coal from trains18-06-2021, 17:51
Vaccinations fuel demand for platinum - World Platinum Investment Council08-06-2021, 12:55
Sharp price growth continues in the rolled metal market - Ukrpromvneshexpertiza08-06-2021, 11:04
Analysts note overheating of the global scrap metal market01-06-2021, 13:28
Hydrogen-fueled steelmaking could be competitive after 2050 - McKinsey19-05-2021, 14:22
Steel raw material prices are skyrocketing across the board18-05-2021, 12:34
Sign in with: