Australia will build its own nuclear submarines

Australia will no longer continue its Attack-class conventional submarine program with the French Naval Group to build $ 56 billion submarines, but will start building nuclear submarines using American technology at its shipyards. 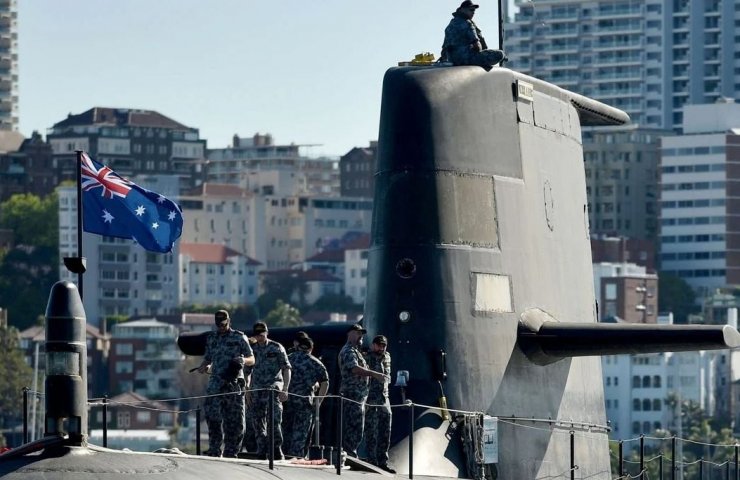 The first initiative of the Australia-UK-US Trilateral Security Partnership (AUKUS) will be Australia's acquisition of nuclear submarine technology, drawing on years of US and UK experience. This is stated in the joint Statement to the media by the Prime Minister, Secretary of Defense, Secretary of State for Foreign Affairs and Minister for Women's Affairs of Australia.

At the same time, Australia does not plan to acquire nuclear weapons, the innovations will affect only the engines of submarines. The government intends to build nuclear submarines in South Australia with the maximum use of Australian workers.

“Building submarines in Australia is the best way to create a strong and efficient life support industry that will allow us to meet all the requirements for the safe operation and maintenance of nuclear submarines,” the document says.

A new military alliance will be costly to build for France, which will lose a major $ 56 billion defense contract to build submarines for Australia.

“Australia will no longer continue the Attack class conventional submarine program with the Naval Group. The government would like to thank the Attack class submarine personnel, the naval group, the French government and Lockheed Martin Australia for their efforts to date. However, accelerating changes in regional security make conventional submarines unsuitable for our operational needs in the coming decades, ”the ministers said.

Australia in 2017 announced a contract with the French shipbuilding company Naval Group for 12 submarines worth AU $ 90 billion (roughly US $ 66 billion). This is the largest defense contract in the country's history.

Recall that the USA, Great Britain and Australia announced on September 15 the creation of the AUKUS defense alliance. Countries assure that partnerships are not directed against other countries. Initial efforts under AUKUS will focus on cyber capabilities, artificial intelligence, quantum technologies and complementary underwater capabilities.

Финансовая аналитика, прогнозы цен на сталь, железную руду, уголь и другие сырьевые товары. More news and analytics on Metallurgprom telegram channel - subscribe to get up-to-date market information and price forecasts faster than others.
Сomments
Add a comment
Сomments (0)
On this topic
Australia has hinted to France about breaking the $ 60 billion deal for the past two years
Tensions rise between China and Australia over commodity trade
Not only submarines: Australia to build combat drones as part of a new alliance with the United
FBI: half of steel supplied in 32 years on submarines US Navy - fake
Australia will produce hydrogen for export to remain a leading energy exporter
The United States equipped with the B-2 bomber nuclear weapon of the future
Recommended:
Interpipe mastered a new type of railway wheels for the EU market
US steel prices fall to December 2020 levels
AvtoVAZ plans to produce at least 400,000 vehicles in 2023
News Analytics
The Belarusian steel plant was visited by the Ambassador of Kazakhstan to06-07-2022, 17:44
US steel prices fall to December 2020 levels06-07-2022, 13:40
Interpipe mastered a new type of railway wheels for the EU market06-07-2022, 12:15
Tesla in the second quarter reduced the supply of cars by 18%04-07-2022, 10:24
Steel prices fall due to weakening European demand and problems in China04-07-2022, 10:40
High iron ore shortage could halt metallurgy's green transition28-06-2022, 14:02
Price volatility hits global steel market27-06-2022, 19:28
Recovery in China could be key to rising global steel prices - MEPS24-06-2022, 14:00
Conflict in Ukraine spurs Europe's drive for clean energy03-06-2022, 12:14
US steel market sentiment becomes more price neutral05-05-2022, 10:15
Sign in with: