Paris called Australia's cancellation of the submarine deal "a stab in the back," and Foreign Minister Jean-Yves Le Drian said that relations with the United States and Australia were in "crisis". 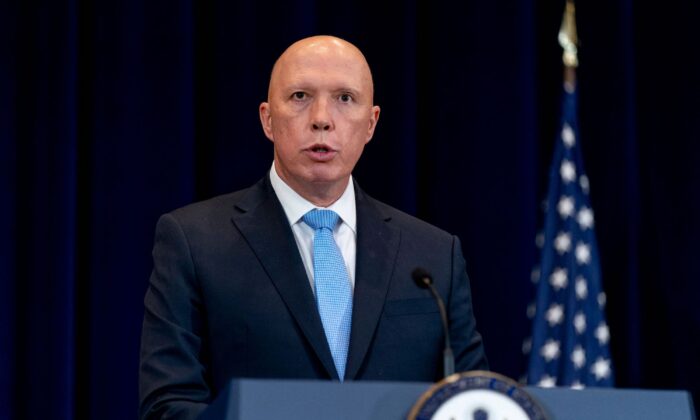 Australia has been "frank, open and honest" with France on the French submarine deal, Australian Defense Secretary Peter Dutton said Sunday amid an international scandal escalating into a multinational diplomatic crisis.

Australia abandoned 2016 deal with French Naval Group to build a fleet of conventional submarines, announcing on Thursday a plan to build at least eight nuclear submarines using US and UK technology in a trilateral security partnership AUKUS.

The move infuriated France, a US and UK ally in NATO, prompting it to withdraw its ambassadors from Washington and Canberra, and angered China, the main geopolitical enemy of the Western bloc.

The French were reportedly notified of the new agreement just hours before its publication. Beijing immediately called the initiative "extremely irresponsible" and poses a threat to regional peace and stability.

The deal has put Washington in an unprecedented diplomatic crisis with France, which analysts say could cause lasting damage to the US alliance with France and Europe, and also casts doubt on the united front that the Biden administration is trying to create against China's growing power. p>

Paris called the cancellation of the deal "a stab in the back," and Foreign Minister Jean-Yves Le Drian said that relations with the United States and Australia were in "crisis".

But Defense Secretary Peter Dutton said on Sunday that Australia has been hinting to France for a couple of years now to cancel the order, which was valued at $ 40 billion in 2016 and is estimated to be worth more than $ 56 billion today.

"Suggestions that concerns were not flagged by the Australian government are simply ignored, frankly, what is in the public record and, of course, what they have publicly stated over a long period of time," Dutton said. Sky News.

Prime Minister Scott Morrison said Friday that he expressed "very serious concern" about the deal to French President Emmanuel Macron in June and made it clear that Australia "needs to make a decision in our national interest."

Treasury Secretary Simon Birmingham said Australia had informed France of the deal, but admitted on Sunday that the negotiations were under wraps.

Dutton and Birmingham declined to disclose the cost of the new pact with the US and UK, although Dutton added that “this will not be a cheap project.”

Финансовая аналитика, прогнозы цен на сталь, железную руду, уголь и другие сырьевые товары. More news and analytics on Metallurgprom telegram channel - subscribe to get up-to-date market information and price forecasts faster than others.
Сomments
Add a comment
Сomments (0)
On this topic
Australia will build its own nuclear submarines
Thyssenkrupp receives the largest order in the history of the company for the construction of 6
Ukraine and Great Britain agreed on the joint construction of warships
Reuters: ThyssenKrupp talks about the involvement of the investor in military shipbuilding
German concern Thyssenkrupp sold six 212 CD class submarines to Germany and Norway
China diversifies coal imports by ditching Australian goods
Recommended:
Analysts predict 5% annual growth in the iron casting market through 2030
Russia will allocate more than $700 million for the production of domestic aircraft engines
JSPL steel mill manager stoned to death
News Analytics
Analysts predict 5% annual growth in the iron casting market through 203006-12-2022, 12:44
Oman to build a new steel plant worth $3 billion in 3 years06-12-2022, 12:14
Tesla's Shanghai gigafactory set a new record for electric vehicle shipments in05-12-2022, 15:24
Sanjeev Gupta may lose control of his steel plants in Belgium05-12-2022, 13:55
Steel demand and weather in Australia will affect coking coal prices05-12-2022, 13:16
Analysts predict 5% annual growth in the iron casting market through 203006-12-2022, 12:44
Commodity prices will fall, metals quotes will rise slightly - Focus Economics28-11-2022, 13:28
Platinum market to face shortage next year - WPIC22-11-2022, 18:25
Global steel demand falls and will fall by 2.3% in 2022: WorldSteel19-10-2022, 23:12
Iron ore prices fall to 11-month low15-10-2022, 10:36
Sign in with: