Russia is losing billions of dollars from falling exports

Further aggravation of trade wars and a global economic slowdown may limit the growth potential of the Russian economy at the expense of external demand. 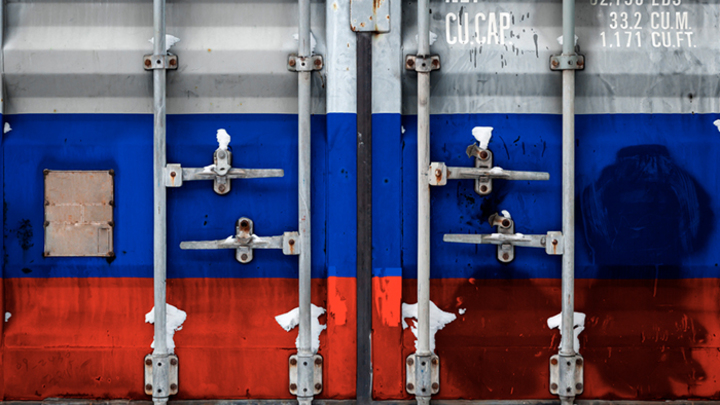 Since the fall in oil prices and the imposition of sanctions in 2014, the Russian export decreased in 2015-2016, and then recovered in 2017-2018. In addition to the recovery in oil prices, in 2017-2018 also grew up in non-oil exports. His drivers were cereals, chemical products and metals. Possibility of saving of chemical products and metals as drivers of growth in non-oil exports depends crucially on the sustainability of global growth.

regional breakdown of the growth of non-oil exports were mainly due to Europe and Asian countries. Further slowdown in these regions may most significantly affect the growth potential of Russian exports. The risks of such developments can hardly be considered insignificant, as in Europe, monetary policy is close to the limits of its possibilities to stimulate growth, while the Asian region is in the midst of a trade war.

the Slowdown in the global economy is affecting Russian exports is quite limited. In the first half of the year exports decreased most significantly in Poland (—$2.6 billion), Germany (—$2.3 billion) and Turkey ($1.5 billion). Germany and Turkey are among the countries that are now experiencing very strong slow, passed in the case of Turkey in the downswing. However, the decline in exports in these areas is largely also due to temporary factors: Poland and Germany have suspended the import of Russian oil after the incident with the Druzhba pipeline, while Turkey is the second largest importer of Russian grain after Egypt.

Current negative dynamics of volume of Russian exports is the result of a combination of systemic and temporal factors. However, as soon as the trade contradictions in the world are becoming more protracted adverse influence of systemic factors may be exacerbated in the foreseeable future.

Recommended:
Renault has reported a fall in sales of 3.4% in 2019
Revenues in the metallurgical division of Metinvest decreased over the month to $ 67 million
Uber will pay in the U.S. 4.4 million dollars to Fund the settlement of the sexual harassment
On this topic
Failure rate: why import substitution failed to meet expectations
Moody's downgraded the forecast for global GDP growth in 2020 and 2021
Analysts have warned about the imminent collapse of oil prices to $ 45 per barrel
Минэкономики Украины скорректировало макропрогноз на 2020-2022 годы
Торговая война Трампа с Китаем негативно влияет на Украину
Рост экономики Китая замедлился из-за торговой войны с США
Add a comment
Сomments (0)
News Analytics
Renault has reported a fall in sales of 3.4% in 201917-01-2020, 10:19
The President has received the resignation of the Prime Minister Goncharuk17-01-2020, 09:27
Volkswagen will buy 20% of Chinese battery manufacturer Guoxuan High-tech Co17-01-2020, 09:49
The Chinese economy in 2019 showed the weakest growth over the last 29 years17-01-2020, 08:20
The leaders of the Amazon formed an Alliance against the President of Brazil16-01-2020, 21:13
Denimex is implementing in Ukraine a recovery service locks drill pipes15-01-2020, 14:36
Pipes to dig up, no one will – the operator of Ukraine's GTS on the reduction14-01-2020, 15:11
The head of the Pentagon: concrete evidence that Iran is preparing attacks12-01-2020, 20:50
Iran could obtain nuclear weapons within 2 years10-01-2020, 15:02
CNN: Ukrainian airliner was shot down by Iran missiles surface-to-air Russian09-01-2020, 22:47