Senior us officials believe that the project "Northern stream 2" will not be completed, as any company that try to build will fall under severe US sanctions. 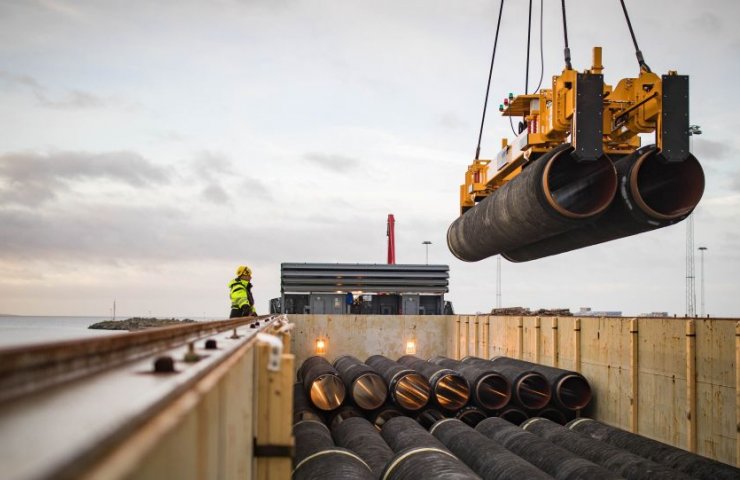 Any company that intend to participate in completing the construction of Russian gas pipeline "Nord stream 2" for natural gas exports to Germany, which fell under US sanctions this month, risk to be fined, said a senior U.S. officials on Sunday.

Based on comments that was received Reuters on the condition of anonymity, American officials refute the idea that granted an extension of 30 days for voluntary completion, will provide companies the time to complete the "Nord stream 2".

"Honesty is not considered the desire to lay the pipe," said one of the officials.

"Sanctions will be imposed if companies do not demonstrate good faith efforts", showing that they are scaling down their activities for the construction of the pipeline, said another official, adding that a sense of U.S. sanctions is a complete stop of the project and not delay construction.

the drawdown Period is designed to ensure that companies have had time to sort out the financial agreement and to safely remove the equipment, he said.

At the end of this month, President Donald trump has signed a bill to impose sanctions in respect of the project of the pipeline "Nord stream 2", which is headed by Russian gas company Gazprom. The project aims to transport gas across the Baltic sea to bypass Ukraine and the doubling of the capacity of the existing line.

Company Allseas according to extended the last leg of 100 nautical miles along the coast of Denmark have left the scene of a gas pipeline and stated that it did not intend to continue any work.

"Building Allseas fleet left the Baltic sea and was discharged for preparation for other works," - said in a statement on Monday.

Since the Obama administration, Washington has opposed this project on the grounds that it will strengthen the economic and political power of Russian President Vladimir Putin over Europe.

the administration of the trump touting American liquefied natural gas as "gas freedom" which gives Europe an alternative to Russian supplies. As a result of American pressure in 2019 natural gas exports from the US to the EU grew by more than 60%.

Recommended:
Zaporizhstal: production results in February 2021
TC Energy may sell all steel and equipment purchased for Keystone XL
The largest Texas energy company files for bankruptcy
On this topic
The energy Minister said on completion, "Nord stream 2" for a few months
The Swiss-Dutch company Allseas stopped the construction of the "Nord stream-2"
Russia accused of illegal trade in chemicals – Reuters
US sanctions can stop the construction of the "Nord stream – 2" in the waters of Denmark - Bild
U.S. seeks closing of the companies involved in the construction of "Nord stream 2"
Russia plans to begin deliveries of gas on "to Northern stream-2" before the New year
Add a comment
Сomments (0)
News Analytics
At the Yaroslavsky metallurgical plant in the Dnieper began to pay for new04-03-2021, 14:39
Novokramatorsk Machine Building Plant strengthens its position in the national04-03-2021, 14:44
ArcelorMittal Kryvyi Rih started hot tests of sinter machine No. 2 after04-03-2021, 14:37
Chinese researchers develop soft robot for deep sea exploration04-03-2021, 13:19
Lufthansa has a record loss of 6.7 billion euros in 202004-03-2021, 13:48
Spread between raw materials and high strength alloy steel in Europe increased01-03-2021, 20:21
Increase in prices is forecasted in the markets of steel raw materials -26-02-2021, 09:25
Troy ounce of gold will drop $ 500 in two years - Fitch25-02-2021, 18:29
Global iron ore production growth to outstrip cumulative production in India23-02-2021, 10:22
Fitch Ratings Warns of “Shocking Impact” on Fossil Fuel Exporters18-02-2021, 14:44
Sign in with: