The EU refused to adopt sanctions against the "Nord stream -2"

the European Union has opposed the application of sanctions by third countries against the European companies engaged in legitimate business. 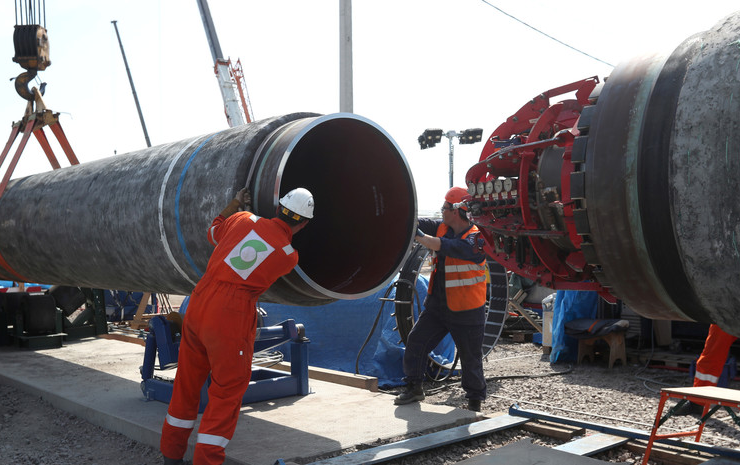 the Head of EU diplomacy Josep Borrell expressed deep concern over the use of sanctions or threat of sanctions by the United States against European companies.

"We have witnessed the development of this trend in the cases of Iran, Cuba, the International criminal court and most recently - projects Nordstream 2 and Turkstream", - reads the statement of the EU high representative for foreign Affairs issued on Friday in Brussels.

"the European Union, in principle, opposes the use of sanctions by third countries against the European companies engaged in legitimate business. In addition, he believes that the extraterritorial application of sanctions contrary to international law. European policy should be determined here in Europe, not third countries", - said Borrell.

According to him, when the parties share common goals of foreign policy and security policy of great importance is the coordination of targeted sanctions with partners.

"where There are political differences, the European Union is always open for dialogue. But this cannot happen under the threat of sanctions", - said the head of European diplomacy.

Recommended:
Chinese company DEIC will build a new power unit at the Slavyanskaya TPP
Car builders of Ukraine put forward stringent requirements for the president and government
Tesla ditches robots in favor of the world's largest casting machine
On this topic
The European Commission opposed the us sanctions against European companies
The energy Minister said on completion, "Nord stream 2" for a few months
The Swiss-Dutch company Allseas stopped the construction of the "Nord stream-2"
US sanctions can stop the construction of the "Nord stream – 2" in the waters of Denmark - Bild
U.S. seeks closing of the companies involved in the construction of "Nord stream 2"
Denmark gave the green light to Nord stream-2
Add a comment
Сomments (0)
News Analytics
A decrease in business activity is observed in the regional markets for25-09-2020, 15:24
Prices for metal products and scrap metal began to fall in China25-09-2020, 12:14
COVID-19 pandemic plunges global labor income by $ 3.5 trillion24-09-2020, 20:51
The price of electricity for Ukrainian metallurgists turned out to be twice as24-09-2020, 20:47
The 30 millionth LADA car rolled off the assembly line of AVTOVAZ (Video)24-09-2020, 18:12
Iron ore prices to surpass six-year high soon16-09-2020, 10:32
World Oil Demand Peak May Be Over - BP15-09-2020, 09:05
China expands car market capacity by increasing demand for steel and metals11-09-2020, 10:56
Prices continue to rise in the long and flat steel markets08-09-2020, 14:25
Difference between ferrous and non-ferrous metal28-08-2020, 13:45
Sign in with: