The Norwegian company DNV GL, which was supposed to certify the Nord Stream 2 gas pipeline upon completion of its construction, refused to provide this service after new US sanctions on the project. 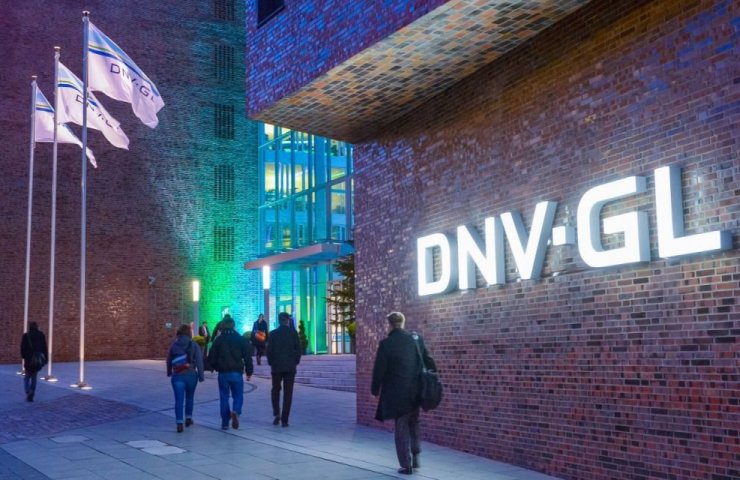 The Norwegian organization Det Norske Veritas (DNV) GL will not be able to issue the Nord Stream 2 gas pipeline, which is being built by Gazprom's subsidiary Nord Stream 2, a certificate of conformity required to start its operation, DNV announced today.

“DNV GL will cease all inspection activities of the Nord Stream 2 pipeline system in accordance with the sanctions and as long as these sanctions remain in effect. We are implementing a plan to phase out our support for project verification, ”the company said in a statement to RBK .

“Due to the current situation, DNV GL is unable to issue a certificate upon completion of the pipeline,” DNV GL reported.

DNV GL is a partner of Nord Stream and Nord Stream 2 under construction. The first project has been certified by the company every year since 2012. The audit is aimed at minimizing the risks to human life, property and the environment.

The new defense budget adopted in the United States involves the expansion of sanctions against Nord Stream 2. The restrictions will include companies that facilitate the "sale, lease or provision of pipe-laying vessels for the construction" of gas pipelines, as well as firms that provide services, funds for the modernization or installation of equipment on vessels for laying gas pipelines.

DNV GL's plans to abandon cooperation with Nord Stream 2 AG became known in November. Then the Danish Energy Agency said that the company can hire any third party, which will provide a certificate confirming that the constructed facilities comply with current legislation.

Recommended:
Max Polyakov's Firefly Aerospace plans two launches of the Alpha space rocket in 2021
В 2021 году Укрзализныця планирует отремонтировать более 300 локомотивов за 4 млрд грн
Energomashspetsstal updated the certificate of the manufacturer of blanks for the nuclear industry
On this topic
Akademik Chersky arrives at the Nord Stream 2 pipe-laying site
All vessels involved in the construction of Nord Stream-2 returned to the port of Kaliningrad
German-Danish company refused to certify Nord Stream 2 due to the threat of US sanctions
Denmark gave Nord Stream 2 the green light to continue laying pipe
The Swiss-Dutch company Allseas stopped the construction of the "Nord stream-2"
A new lawsuit for "Gazprom": what does "Naftogaz" in the Stockholm arbitration?
Add a comment
Сomments (0)
News Analytics
В 2021 году Укрзализныця планирует отремонтировать более 300 локомотивов за 426-01-2021, 15:30
Ukraine has enough "metals of the future" for the development of innovative26-01-2021, 14:40
High-speed railway line will connect the south of Kazakhstan and the capital of26-01-2021, 14:27
In 2021, an analogue of the US Department of Defense Research Projects Office26-01-2021, 11:24
Turkey plans to produce 100 tons of gold annually26-01-2021, 11:15
China will overtake the United States to become the world's largest economy in27-12-2020, 12:04
The shortage in the US steel market will last at least until the end of the25-12-2020, 11:36
Steel production in China to surpass one billion tons this year23-12-2020, 10:59
Iron ore prices hit seven-year high and continue to rise15-12-2020, 10:26
Prices for metallurgical raw materials continue to rise in regional markets10-12-2020, 11:32
Sign in with: