The Danish Energy Agency has received from Nord Stream 2 AG a new schedule for the pipeline in the exclusive economic zone of the kingdom, as a condition for the continuation of the project. 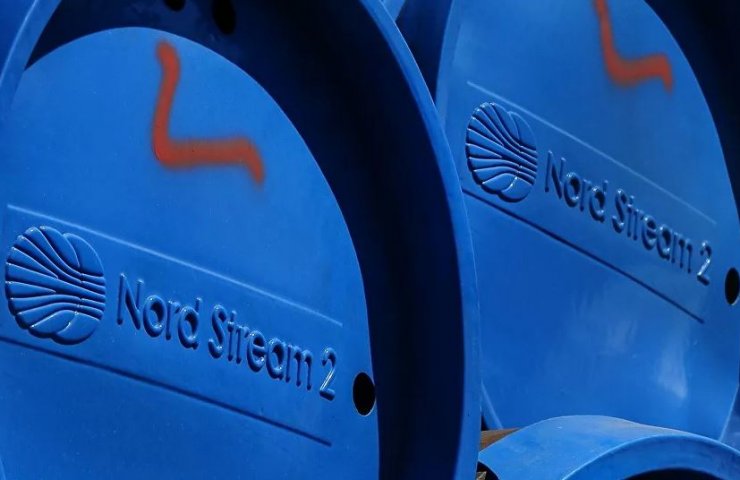 Nord Stream 2 AG will resume laying the Nord Stream 2 gas pipeline in Denmark from 15 January. This is stated in the message of the Danish Energy Agency (DEA), which received from Nord Stream 2 AG a new schedule of work in the exclusive economic zone of the kingdom.

As explained in DEA, before the resumption of work, Nord Stream 2 AG must submit an adjusted schedule. The agency does not need to approve it.

The Nord Stream 2 project involves the construction of two lines of a gas pipeline with a total capacity of 55 billion cubic meters per year from the Russian coast through the Baltic Sea to Germany. By now it is 93% complete. The work was suspended in December 2019 after the Swiss company Allseas refused to lay pipes due to possible sanctions from the United States.

The gas pipeline was supposed to be completed by the end of 2019, but this was prevented by US economic sanctions. Washington calls Nord Stream 2 a threat to Europe's energy security. The Russian and European authorities have repeatedly linked Washington's position to unfair competition and the goal of imposing its more expensive liquefied gas on the EU.

From January 1, 2021, new restrictions came into force. They will also concern companies that will certify the completion of the Nord Stream-2 project. After the imposition of sanctions, the Norwegian company Det Norske Veritas GL refused to continue the verification of the project for compliance and closed the work.

Recommended:
China urges US to be "reasonable and rational" on the origin of COVID-19
The annual decline in industrial production of the Donetsk region of Ukraine amounted to 3.8%
Ferrari's first crossover to begin production in 2022
On this topic
Trump vetoed US defense budget with sanctions against Nord Stream 2
Gazprom to continue building Nord Stream 2 in Danish territorial waters from 15 January
Construction of "Nord Stream-2 " resumed
Akademik Chersky arrives at the Nord Stream 2 pipe-laying site
Denmark gave Nord Stream 2 the green light to continue laying pipe
Denmark gave the green light to Nord stream-2
Add a comment
Сomments (0)
News Analytics
In 2021, Ukrzaliznytsia plans to repair more than 300 locomotives for UAH 426-01-2021, 15:30
Ukraine has enough "metals of the future" for the development of innovative26-01-2021, 14:40
High-speed railway line will connect the south of Kazakhstan and the capital of26-01-2021, 14:27
In 2021, an analogue of the US Department of Defense Research Projects Office26-01-2021, 11:24
Turkey plans to produce 100 tons of gold annually26-01-2021, 11:15
China will overtake the United States to become the world's largest economy in27-12-2020, 12:04
The shortage in the US steel market will last at least until the end of the25-12-2020, 11:36
Steel production in China to surpass one billion tons this year23-12-2020, 10:59
Iron ore prices hit seven-year high and continue to rise15-12-2020, 10:26
Prices for metallurgical raw materials continue to rise in regional markets10-12-2020, 11:32
Sign in with: