The main reasons, according to market participants, were stable state support for exports and a weak ruble. Against this background, the total production of Russian equipment is growing in step with exports, by almost 30%. 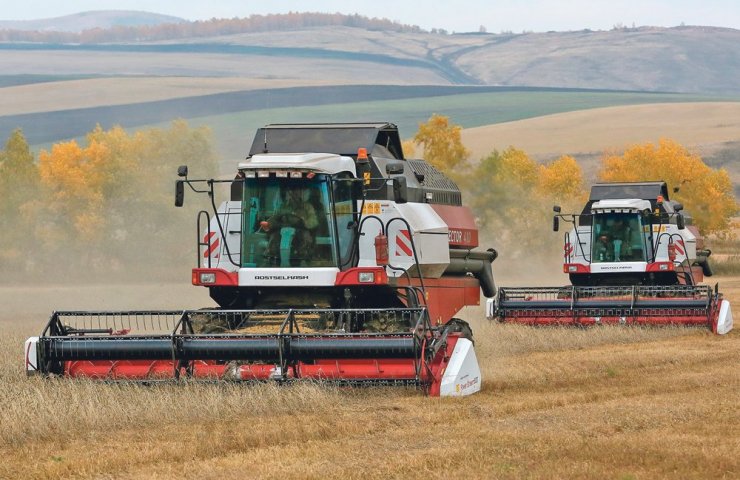 A year earlier, deliveries abroad increased in monetary terms by only 9%, but in 2018 the growth in exports of agricultural machinery was 40%.

Rosspetsmash cited both high prices for agricultural products and state support (discounts on equipment under the 1432 program) as reasons for the growth. The growth of metal prices and the introduction of quotas for grain exports may hinder the maintenance of positive dynamics and the development of exports, the association noted.

Machine builders propose to postpone the introduction of restrictions on grain exports and introduce a floating export duty on the products of metallurgical companies to ensure domestic prices 20% lower than on world exchanges.

The Ministry of Industry and Trade pointed to a favorable price situation in the grain market and the effect of the 1432 program. In 2021, 10 billion rubles are planned for it. The ministry calls export growth a "significant achievement." They noted the factor of a low base, the implementation of effective government support measures (compensation of part of the cost of transporting products and support for participation in exhibitions abroad) and the work of Russian manufacturers to promote their products abroad.

Recommended:
Ukrzaliznytsia plans to update almost 400 km of tracks in 2021
China Integrated Circuits Market Exceeds $ 140 Billion in 2020
The United States began negotiations with Germany to lift sanctions from Nord Stream 2
On this topic
Krasnokamsky RMZ in 2020 increased sales of agricultural machinery by 20%
Russian machine builders asked Vladimir Putin to influence metallurgists
Dneprotyazhmash in 2020 expects a fall in sales of mining and metallurgical products by
Russia has increased the production of agricultural machinery in 2020 by 30%
Production of agricultural machinery of high localization in the Russian Federation increased by a
Russian steelmakers are predictable has reduced steel production in the second quarter against the
Add a comment
Сomments (0)
News Analytics
UK Raises Tax Rates for Large Businesses to 25%03-03-2021, 18:09
Entrepreneurs agree with Ukrzaliznytsya an action plan to continue modernization03-03-2021, 17:31
Scrap metal collection in Ukraine increased by one and a half times due to high03-03-2021, 16:02
ArcelorMittal Kryvyi Rih will pay additional remuneration to its workers03-03-2021, 16:45
The government of Ukraine approved the National Economic Strategy until 203003-03-2021, 16:26
Spread between raw materials and high strength alloy steel in Europe increased01-03-2021, 20:21
Increase in prices is forecasted in the markets of steel raw materials -26-02-2021, 09:25
Troy ounce of gold will drop $ 500 in two years - Fitch25-02-2021, 18:29
Global iron ore production growth to outstrip cumulative production in India23-02-2021, 10:22
Fitch Ratings Warns of “Shocking Impact” on Fossil Fuel Exporters18-02-2021, 14:44
Sign in with: