The most impressive results were obtained for the Ti6AL4V titanium-aluminum alloy, whose tensile strength increased 28 times. The improvement in mechanical properties is provided by diffusion of the material and changes in its microstructure, the scientists explained. 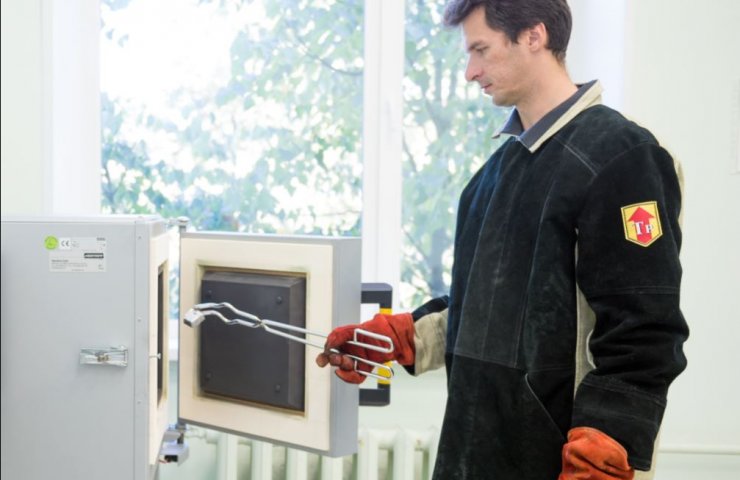 The technology for sevenfold increase in the strength of titanium and stainless steel products was presented by NUST MISIS scientists together with their French colleagues. According to the developers, for the first time in the world, they managed to combine two technologies for processing metals that were considered incompatible, and thanks to this, they achieved a sharp improvement in the properties of materials.

In many branches of modern industry, the production of critical products designed for high loads requires improved properties from metals - increased density and strength, as well as plasticity and corrosion resistance. For such processing today, according to experts, the method of hot isostatic pressing (HIP) is widely used.

However, the compaction by the HIP method has not previously given serious results when processing materials obtained by the popular technology of cold gas-dynamic spraying. This technology, according to scientists, today is becoming one of the key technologies for the aviation and automotive industry, electrical engineering and medicine, as it allows "growing " unique products with a given structure.

For the first time in the world, NUST MISIS scientists have succeeded in finding the parameters of metal processing that make it possible to combine the effect of both methods, and thereby dramatically increase the useful characteristics of the materials obtained.

“We have applied HIP for materials that were not previously recommended for such processing, as they have a loose surface due to the presence of open pores. By applying a thin layer of the same metal to a loose product in a special way, we have obtained a kind of hermetically sealed capsule, which makes it possible to successfully use HIP. Thanks to this treatment, the porosity more than halved, the compressive strength increased by 25 percent, and most importantly, the tensile strength increased many times over, "said Vladimir Cheverikin, head of the Additive Technologies for the iPhD Manufacturing Industry program at NUST MISIS.

In particular, the tensile strength of stainless steel and pure titanium has increased approximately sevenfold. The most impressive results were obtained for the Ti6AL4V titanium-aluminum alloy, whose tensile strength increased 28 times. The improvement in mechanical properties is provided by diffusion of the material and changes in its microstructure, the scientists explained.

The research was carried out in collaboration with scientists from the University of Lyon (France). Based on the results obtained, the research team plans to develop new materials for the medical industry.

Recommended:
British car production plummets to 10-year low in February
Ukraine has increased revenues from the export of ferrous metals by a third due to scrap metal and pig iron
Energoatom ordered a condenser from Turboatom worth 0.5 billion hryvnia for Zaporizhzhya NPP
On this topic
Russian scientists have created a superhard alloy for mining in the Arctic
Failure rate: why import substitution failed to meet expectations
Lattice rudders Falcon 9 and Falcon Heavy will be made of stainless steel
For the first time, a prefabricated hot blast furnace gas regenerator assembled outside the plant
Posco prepares for the green car era
New Russian steel for oil pipelines prevents leaks
Add a comment
Сomments (0)
News Analytics
Electrotyazhmash was allowed to overhaul the rolling stock of Ukrzaliznytsia21-04-2021, 16:17
Dniprostal-Energo initiates an auction for the purchase of electricity on the21-04-2021, 16:08
Zaporizhstal donated a new oxygen station to the Zaporizhzhya Regional21-04-2021, 15:11
Brazil is interested in the production capabilities of Yuzhmash21-04-2021, 14:35
Energoatom ordered a condenser from Turboatom worth 0.5 billion hryvnia for21-04-2021, 14:28
Global hydrogen demand to grow 7-fold by 2070 - PwC21-04-2021, 12:31
World Steel Association predicts a good year for metallurgists15-04-2021, 18:19
World Steel Association defines green steel and its variations12-04-2021, 13:14
China unlikely to cut steel capacity in 2021 due to high steel prices07-04-2021, 12:11
Scrap metal market at the beginning of April02-04-2021, 11:10
Sign in with: