Zaporizhzhya TPP has included power unit No. 2 in the energy system of Ukraine

At the end of the year, against the backdrop of frost and lengthy repairs of nuclear power units, the Ukrainian power plants burned almost all coal reserves at the TPP. As a result, Ukraine had to resume insignificant electricity supplies from Russia and Belarus. 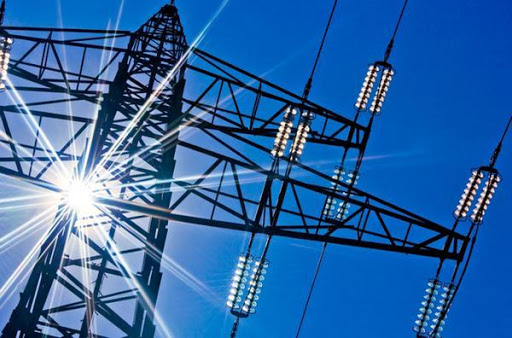 In addition, Zaporizhzhya TPP turned on a power unit to compensate for the capacity of power unit No. 1, which was stopped for short-term repairs. As soon as the power engineers eliminate the deficiencies at power unit No. 1, it will be ready to work in the energy system of Ukraine, Rinat Akhmetov's energy holding noted.

As a reminder, due to interruptions in the Ukrainian energy system, the government had to resume electricity imports from the Russian Federation, which reached 700 MWh during peak hours.

Inter RAO (the Russian operator of electricity import and export) has increased the supply of electricity to Ukraine in the daytime from 200 MW to 500-700 MW. Exports have been increased at the request of Ukraine, Inter RAO said. They also noted that the country had asked to conclude an agreement on mutual emergency assistance.

Финансовая аналитика, прогнозы цен на сталь, железную руду, уголь и другие сырьевые товары. More news and analytics on Metallurgprom telegram channel - subscribe to get up-to-date market information and price forecasts faster than others.
Сomments
Add a comment
Сomments (0)
On this topic
DTEK Energy plans to allocate UAH 2.3 billion for repairs of thermal power plants in 2021
DTEK, the first industrial energy storage system in Ukraine, has been certified by NEC Ukrenergo
DTEK Energo counted the number of jobs lost due to imports of Russian electricity
DTEK because of the crisis in the energy sector stopped the largest coal producing company in
How the reform of the electricity market in Ukraine can lead to a collapse and what to do about it
Rinat Akhmetov's energy holding began purchasing coal from Poland, Kazakhstan and the USA
Recommended:
Carriage building plant in Kremenchug stopped production due to debts
Ukraine arrested Russian metallurgical assets
EU Green Deal should encourage investment in mild steel projects: Eurofer
News Analytics
The market assesses the consequences of the earthquake in Turkey08-02-2023, 10:25
Sanjeev Gupta's Liberty Steel Seemed as Potential Buyer of Aartee Bright Bar07-02-2023, 13:07
Tata Steel showed a steady increase in its revenues07-02-2023, 12:32
Eurofer expects EU steel demand to fall 4.6% in 2022 and 1.6% in 202305-02-2023, 13:31
EU Green Deal should encourage investment in mild steel projects: Eurofer02-02-2023, 16:32
European stainless steel producers ready to raise prices31-01-2023, 16:16
S&P: Russia will continue to dominate the steel export market in the Black05-01-2023, 11:22
Fitch Analysts Predict Big Drop in Global Steel Consumption This Year14-12-2022, 13:59
Analysts predict 5% annual growth in the iron casting market through 203006-12-2022, 12:44
Commodity prices will fall, metals quotes will rise slightly - Focus Economics28-11-2022, 13:28
Sign in with: