The implementation of the project will provide an opportunity to create the infrastructure in Russia necessary for the development of environmentally friendly public transport in all regions. 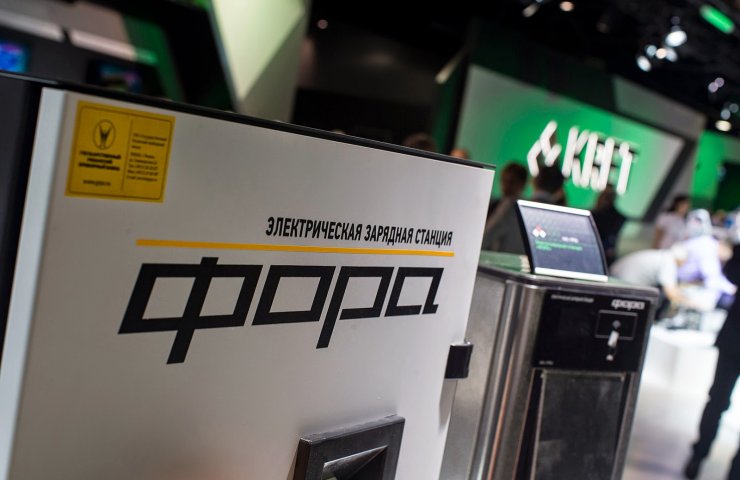 KRET Holding of Rostec State Corporation with the support of the Industrial Development Fund (VEB.RF Group) will launch the first in Russia mass production of ultrafast charging stations (UBZS) for public electric transport. The devices are characterized by increased speed of operation, their cost is 20% lower than imported analogues.

The new UBZS can be used to charge electric buses and electric vehicles. In terms of performance, they are more than ten times superior to their counterparts on the Russian market. The total project budget will exceed 295 million rubles.

“The Expert Council of the Industrial Development Fund approved the State Ryazan Instrument Plant“ Concern KRET ”a loan of 225 million rubles under the special“ Conversion ”program for diversifying production by defense industry enterprises. With the help of the fund's loan, the plant will start producing high-tech civilian products - ultra-fast charging stations for electric vehicles, ”said the director of the FRP Roman Petrutsa.

It takes just 24 minutes to fully charge an electric bus battery using the new charging station. The project will also launch the production of two-station electric power stations capable of charging the batteries of two electric vehicles at the same time.

“Experts predict an explosive growth in the number of electric vehicles in the world by 2030. It is expected that by 2025 there will be about 188 thousand electric vehicles in Russia. The network of our EZS is already one of the largest in Russia, it has more than 150 stations. The development of KRET will help the development of a comfortable infrastructure for public transport on an electric basis. The strategic task in this area is to create a unified electric charging network in Russia, ”said Oleg Yevtushenko, executive director of Rostec.

The main consumers of the products will be urban transport companies and private owners of electric vehicles. The stations can be located on the territory of shopping and business centers, hotels, airports and train stations. For the city electric transport in Moscow alone, more than fifty additional UBZS are required today. At the same time, about 400 new electric buses appear in the capital every year. To service them, an average of 130 electric charging stations are needed.

“The implementation of the project will provide an opportunity to create in Russia the infrastructure necessary for the development of environmentally friendly public transport in all regions. Taking into account the existing demand for electric charging stations, KRET, in order to guarantee the timely execution of all incoming orders, plans to increase production capacities for the production of electric power stations tenfold, "said Nikolay Kolesov, General Director of KRET.

The service life of KRET electric charging stations is 15 years. The body of the electric charging stations is made in the street anti-vandal design, equipped with forced ventilation and fire extinguishing systems, blocking from unauthorized access. Additionally, surge protection, lightning protection, and insulation integrity monitoring are provided. Another advantage is the system of remote monitoring and management of a network of charging stations, which allows you to control devices in real time, collect and analyze statistics of their operation.

The implementation of the project will contribute to the solution of the tasks of the national project "Ecology" and the achievement of national development goals to create a comfortable and safe environment for life.

Recommended:
FAW Group and General Motors Report Sharp Growth in China Sales
Four people killed in a coal mine accident in North China
Ukraine has increased revenues from the export of ferrous metals by a third due to scrap metal and pig iron
On this topic
KAMAZ intends to double the production of electric buses
Gazprom and Roscosmos are expanding cooperation in the development and use of satellite systems
Uralvagonzavod will switch to the production of a new generation railway bogie
Rostec presented a device for tracking natural disasters from space
Rostec has developed unique equipment for subsea oil production
Rostec to manufacture composites for serial su-57
Add a comment
Сomments (0)
News Analytics
Iran is satisfied with the reaction of the world community to 60% enrichment of18-04-2021, 13:24
Gas prices in Ukraine have reached a record value over the past two years -16-04-2021, 17:24
Ukrmetallurgprom asks the Antimonopoly Committee to allow Metinvest to bid for16-04-2021, 17:23
A fatal accident occurred on the territory of the Dnieper Metallurgical Plant16-04-2021, 13:01
Cars built for Euro 2012 will be repaired at the Kryukov Carriage Works16-04-2021, 12:46
World Steel Association predicts a good year for metallurgists15-04-2021, 18:19
World Steel Association defines green steel and its variations12-04-2021, 13:14
China unlikely to cut steel capacity in 2021 due to high steel prices07-04-2021, 12:11
Scrap metal market at the beginning of April02-04-2021, 11:10
Rising Chinese Prices Fueled Rising Global Steel Prices - MEPS25-03-2021, 18:54
Sign in with: