In general, the strategy of introducing hydrogen transport in the capital of the Russian Federation is designed for 30 years. 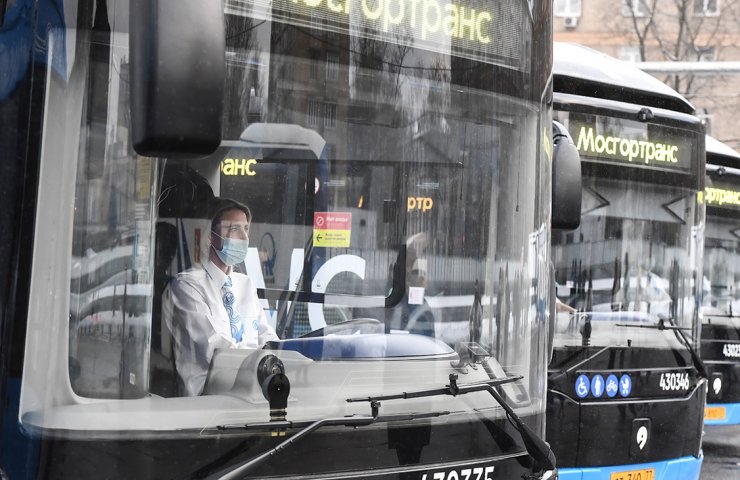 The Moscow authorities intend to put into operation hydrogen buses in the next 30 years as part of a strategy to develop a network of environmentally friendly transport, said in his column for RBC head of the Moscow Department of Transport Maxim Liksutov.

He recalled that Russia follows the terms of the Paris Climate Agreement, according to which, by 2030, greenhouse gas emissions should be no more than 70% of the 1990 level. To this end, the capital began to change diesel buses to electric buses. Now in Moscow, almost 10% of the ground transport fleet (600 units) are electric buses, Liksutov said. By the end of 2023, the authorities plan to bring this figure to 2.2 thousand.

"The next step in the development of energy efficient and environmentally friendly transport is the use of hydrogen fuel cells to generate electricity directly on the bus, where the main fuel is hydrogen, and there is no need for charging stations," said the head of the Moscow Department of Transport.

Deputy Head of the Ministry of Industry and Trade Alexander Morozov reported at the end of February that a model of public transport that runs on hydrogen could appear in Russia by 2023. In addition, this technology is planned to be used on combines and tractors.

Recommended:
The world's largest chip maker predicts chip shortages by the end of 2022
Metallurgical plant "Interpipe Steel" mastered 19 new steel grades in 2020
Energomashspetsstal completed half of the work on the manufacture of the reactor vessel shell of the Akkuyu NPP
On this topic
KAMAZ intends to double the production of electric buses
Major European automakers will stop producing cars with internal combustion engines until 2040
Hydrogen trains in Austria received approval for operation on passenger lines
Korean auto makers will switch to hydrogen engines with help from Chinese steelmakers
South Korean DSME to build six LNG carriers for Arctic LNG 2
Volvo and Daimler are uniting to develop hydrogen engines for trucks
Add a comment
Сomments (0)
News Analytics
Gas prices in Ukraine have reached a record value over the past two years -16-04-2021, 17:24
Ukrmetallurgprom asks the Antimonopoly Committee to allow Metinvest to bid for16-04-2021, 17:23
A fatal accident occurred on the territory of the Dnieper Metallurgical Plant16-04-2021, 13:01
Cars built for Euro 2012 will be repaired at the Kryukov Carriage Works16-04-2021, 12:46
Novokramatorsk Machine-Building Plant has raised wages for the second time16-04-2021, 12:54
World Steel Association predicts a good year for metallurgists15-04-2021, 18:19
World Steel Association defines green steel and its variations12-04-2021, 13:14
China unlikely to cut steel capacity in 2021 due to high steel prices07-04-2021, 12:11
Scrap metal market at the beginning of April02-04-2021, 11:10
Rising Chinese Prices Fueled Rising Global Steel Prices - MEPS25-03-2021, 18:54
Sign in with: