Production of Russian road construction equipment in 2021 increased by 26%

The dynamics of production and shipments of Russian road construction equipment in the first quarter of 2021 was positively influenced by the factor of deferred demand. 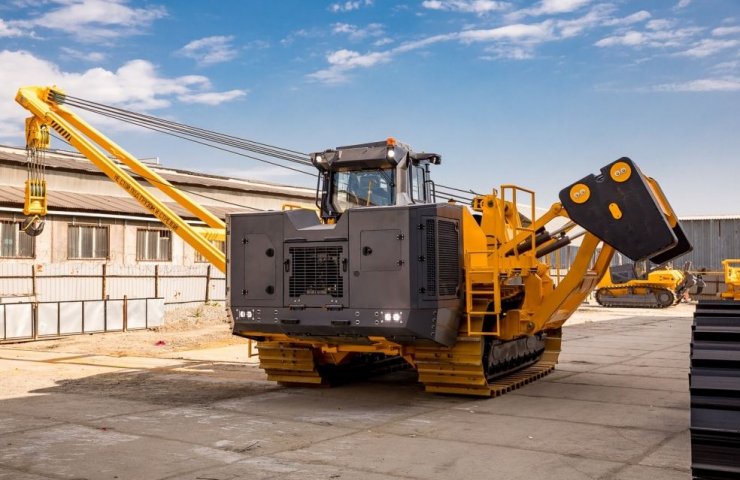 According to portal data Rosspetsmash-Stat ( combines data from companies that produce 80% of the total volume of road construction equipment produced in the Russian Federation), Russian road construction machinery plants in the first quarter of 2021 produced products for a total amount of 10.6 billion rubles, which is 26% more than a year earlier. Shipments to the domestic market of the Russian Federation increased over the period under review by 22% to 10.2 billion rubles.

The forecast of production and shipments of road construction equipment in 2021 can be made only following the results of the final decision on the indexation of rates of utilization fee for specialized equipment. Russian manufacturers are asking the government to support this project, which will allow maintaining positive dynamics, continue to increase investments in modernization of enterprises and in R&D, resolve the issue of underutilization of capacities, create new jobs, support factories for the production of components through growing orders and due to the requirements to increase the level of localization products of specialized mechanical engineering.

The dynamics of production and shipments of Russian road construction equipment in the first quarter of 2021 was positively influenced by the factor of deferred demand, timely launched measures of state support, as well as the fact that domestic specialized equipment demonstrates high economic efficiency during operation.

The growth in the industry could be even more rapid, if not for a number of constraining factors. Among them are dumping by foreign companies, in particular Chinese, when selling road-building machinery products (dumping is possible thanks to the support of the Chinese government), the release into circulation of refurbished equipment, which is assembled from used components and is sold under the guise of new.

In addition, an unprecedented rise in metal prices and an increase in electricity tariffs may negatively affect the development of the Russian road construction machine building. At the same time, manufacturers of specialized equipment traditionally do not raise prices for products by more than the value of the deflator index.

Production and shipments of Russian road construction equipment have been increasing annually over the past years. Despite this, the capacities of the factories are underutilized, so there is great potential for further growth in production, sales and increasing share in the domestic market.

Recommended:
British Prime Minister Boris Johnson promised to increase steel purchases at Liberty Steel
The difference in prices for scrap and finished steel in the United States increased over the year from $ 300 to $ 800 per ton
Metallurgical plant "Interpipe Steel" mastered 19 new steel grades in 2020
On this topic
Export of agricultural machinery from Russia increased by 30% in 2020 - Rosspetsmash
Krasnokamsky RMZ in 2020 increased sales of agricultural machinery by 20%
Dneprotyazhmash in 2020 expects a fall in sales of mining and metallurgical products by
Russia has increased the production of agricultural machinery in 2020 by 30%
Russian steelmakers are predictable has reduced steel production in the second quarter against the
Russia is preparing a compensator for the reduction of duties on the import of cars
Add a comment
Сomments (0)
News Analytics
The capacity of the domestic steel market in Ukraine in January-March decreased19-04-2021, 10:33
In Russia, there is an exuberant demand for agricultural machinery19-04-2021, 10:24
Iran is satisfied with the reaction of the world community to 60% enrichment of18-04-2021, 13:24
Gas prices in Ukraine have reached a record value over the past two years -16-04-2021, 17:24
Ukrmetallurgprom asks the Antimonopoly Committee to allow Metinvest to bid for16-04-2021, 17:23
World Steel Association predicts a good year for metallurgists15-04-2021, 18:19
World Steel Association defines green steel and its variations12-04-2021, 13:14
China unlikely to cut steel capacity in 2021 due to high steel prices07-04-2021, 12:11
Scrap metal market at the beginning of April02-04-2021, 11:10
Rising Chinese Prices Fueled Rising Global Steel Prices - MEPS25-03-2021, 18:54
Sign in with: