KAMAZ will supply a large batch of electric buses to Moscow

It is noteworthy that under the fourth contract, KAMAZ electric buses, assembled directly in the Russian capital, will be delivered for the first time. 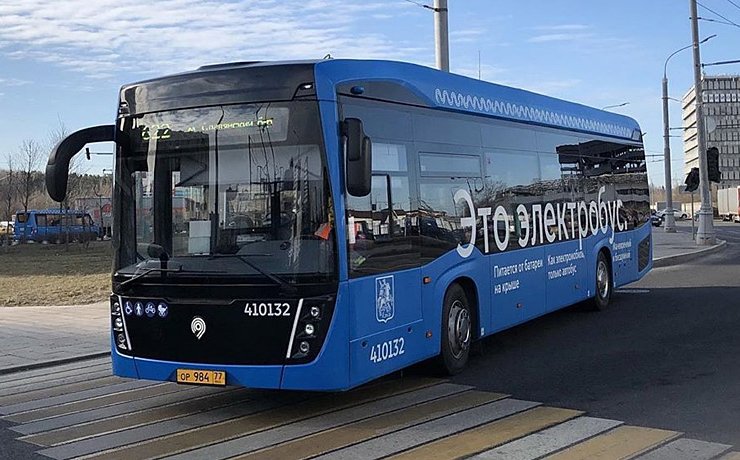 It is noteworthy that within the framework of the fourth contract, KAMAZ electric buses, assembled directly in the Russian capital, will be supplied for the first time. Let us remind you that at the end of April this year, the official opening of an assembly plant for KAMAZ electric buses took place in Moscow, on the territory of the Sokolniki Carriage Repair and Construction Plant. The large-scale project is financed by KAMAZ, Moscow, for its part, supported it with a grant and provided a platform. This made it possible to optimize the production of KAMAZ electric buses, shorten the delivery time, assembly and maintenance of innovative electric vehicles, as well as significantly reduce logistics costs. It is planned that the first electric buses assembled in Moscow will go on the line in May.

According to the results of last year, sales of KAMAZ electric buses increased by 18%, to 200 units, in 2021 the production of innovative transport is planned to double.

"KAMAZ continues close cooperation with Moscow and does not stop there, continuing to improve electric buses and expand the model range of passenger electric transport," noted Samat Sattarov, Director of Passenger Transport at KAMAZ PJSC. - This year the public is presented with a low-floor electric bus of an especially large class (the so-called "accordion") KAMAZ-6292, which is planned to be put into serial production next year. This model was developed by our engineers on a special order from GUP Mosgortrans and designed taking into account the operating experience of the KAMAZ-6282 electric bus, which has been supplied to Moscow since 2018.

Recommended:
Zlatoust Metallurgical Plant spoke about new types of mastered metal products
Financial Times included Metinvest Trametal in Europe's Climate Leaders rating
The court confirmed the illegality of the change of management of the Zaporozhye titanium and magnesium plant
On this topic
The first hydrogen bus may appear in Moscow in one or two years
KAMAZ introduces new models of the K5 family to the market
KAMAZ intends to double the production of electric buses
Production of agricultural machinery of high localization in the Russian Federation increased by a
South Korean DSME to build six LNG carriers for Arctic LNG 2
World steel production in November decreased by the percentage
Add a comment
Сomments (0)
News Analytics
Demand for scrap metal in Ukraine exceeds supply by 5%19-06-2021, 11:45
Ukraine resumed sea purchases of gasoline due to restrictions on supplies from19-06-2021, 11:38
Installation of the first mine hoisting machine of Uralmashzavod began in Altai19-06-2021, 11:46
European designers have learned to inflate steel structures that could be a18-06-2021, 17:42
In Ukraine, police were accused of involvement in the theft of coal from trains18-06-2021, 17:51
Vaccinations fuel demand for platinum - World Platinum Investment Council08-06-2021, 12:55
Sharp price growth continues in the rolled metal market - Ukrpromvneshexpertiza08-06-2021, 11:04
Analysts note overheating of the global scrap metal market01-06-2021, 13:28
Hydrogen-fueled steelmaking could be competitive after 2050 - McKinsey19-05-2021, 14:22
Steel raw material prices are skyrocketing across the board18-05-2021, 12:34
Sign in with: