To stimulate the production of hydrogen on the island, the Ministry of Economy proposes to create a "Hydrogen Valley" on Sakhalin with special tax conditions. 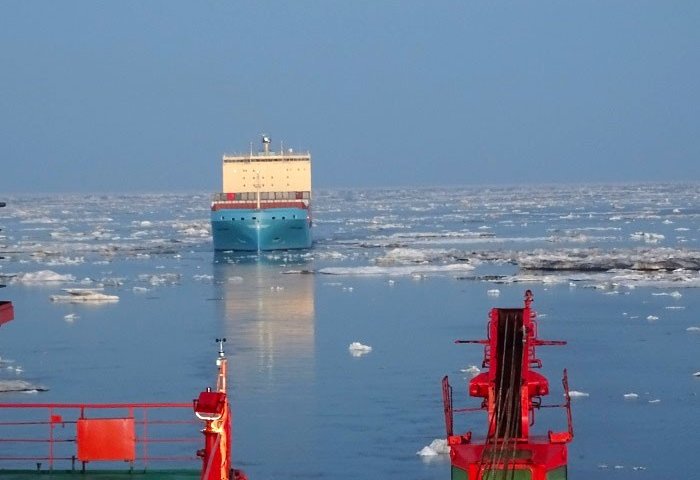 The Ministry of Economy of the Russian Federation proposes to create a special economic zone "Hydrogen Valley" on Sakhalin with the provision of its participants with a special tax regime and a free customs zone regime, follows from the draft "road map" to increase the export potential of the Russian hydrogen energy, prepared by the department. The document also proposes the possibility of using the excess capacity of the nuclear power plant for hydrogen production with electricity offtake at cost.

The first resident of the tax haven may be Rosatom, which plans to start producing up to 100 thousand tons of hydrogen per year on Sakhalin, installing modernized floating nuclear power units there. According to analysts, this will require the construction of 450-550 MW of nuclear power, which can cost up to 200 billion rubles. Rusatom Overseas (a structure of Rosatom that promotes Russian nuclear technologies abroad) and the French Air Liquide (a producer of industrial gases) signed a memorandum of understanding with the Sakhalin authorities.

Hydrogen production on Sakhalin opens up opportunities for its export to Japan. Rusatom Overseas already announced in 2019 the preparation of a feasibility study for the export of hydrogen to Japan with its transportation by sea. Then the company clarified that it is considering the possibility of producing hydrogen for the Japanese market by electrolysis.

Like reported , a study by strategic consultant PwC argues that countries with strong renewable energy potential are becoming potential exporters of green hydrogen, while industrialized countries such as Germany or Japan are are more likely to become its largest importers.

Recommended:
ArcelorMittal and 11 other companies including Shell and Airbus form a hydrogen consortium
UK Parliament Business Committee Opens Investigation Against Liberty Steel
ArcelorMittal Kryvyi Rih announced the won court against the environmental community
On this topic
Gazprom will continue to develop priority areas of hydrogen energy based on natural gas
Production of Russian road construction equipment in 2021 increased by 26%
Gazprom Considered Directions for Development of Hydrogen Energy
Failure rate: why import substitution failed to meet expectations
Buy Russian electricity for six Ukrainian companies
Developers from all over Russia will compete in solving real industrial problems on ProHack 4.0
Add a comment
Сomments (0)
News Analytics
Chip shortage will cost the global auto industry $ 110 billion in revenue in14-05-2021, 12:15
Zaporizhzhya Dneprospetsstal expands international partnership14-05-2021, 11:17
The coal industry relies on new technologies to survive in the decarbonization14-05-2021, 11:38
In January-April, Ukrainian metallurgists increased steel production by 7.2%14-05-2021, 10:03
Metinvest does not want to sell pig iron of Dnipro Metallurgical Plant to third14-05-2021, 09:03
The current state of the market is ideal for the sale of rolled steel - IREPAS04-05-2021, 18:41
Global hydrogen demand to grow 7-fold by 2070 - PwC21-04-2021, 12:31
World Steel Association predicts a good year for metallurgists15-04-2021, 18:19
World Steel Association defines green steel and its variations12-04-2021, 13:14
China unlikely to cut steel capacity in 2021 due to high steel prices07-04-2021, 12:11
Sign in with: