It is planned to build a large enterprise with the production at the first phase of about 30 thousand tons of hydrogen and subsequently up to 100 thousand tons by 2030. 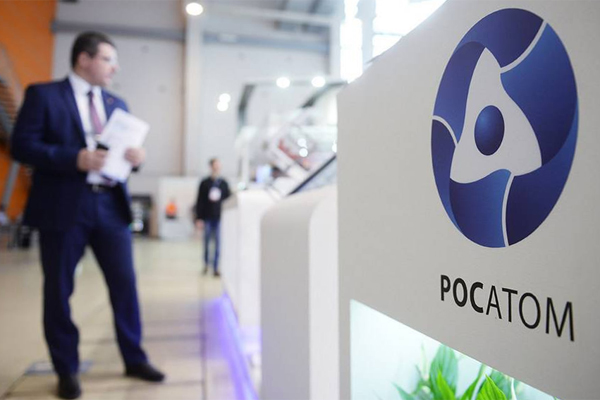 Rosatom State Corporation plans to start hydrogen production by 2024, and to export in 2025, said Anton Moskvin, Vice President for Marketing and Business Development of Rusatom Overseas JSC during EEF-21.

“We are planning to build a large-scale hydrogen production under an agreement with Air Liquide, as part of our cooperation. It is planned to build a large enterprise with the production in the first phase of about 30 thousand tons of hydrogen and subsequently up to 100 thousand tons by 2030. We plan to enter production by 2024, we are planning to export the first volumes already in 2025, we are consulting with Japanese customers, and with Korean ones, ”he said.

Moskvin recalled that the first agreement with the Japanese was signed in 2019, and during this time a pre-feasibility study for organizing a hydrogen supply chain from Russia to Japan was worked out. Sakhalin was considered a key site.

“It is really a rather difficult task - to transport hydrogen in such volumes, now there are practically no technologies that allow hydrogen to be supplied in such volumes, and therefore we are thinking about delivery in the form of ammonia. Nevertheless, technologies are developing rapidly, there are already pilot projects, including even a specialized ship for transporting liquefied hydrogen, Kawasaki is engaged in this, we see and take into account these examples. Therefore, we believe that the production of hydrogen in such volumes is a reality, and we plan to complete the feasibility study by the end of this year and further develop this project, "he added.

As reported, in April Rusatom Overseas, the French Air Liquide, one of the leading producers of industrial gases, and the government of the Sakhalin Region signed a memorandum of understanding to study the possibility of building a complex on Sakhalin for the production of up to 100 thousand tons of hydrogen per year.

Recommended:
At Electrotyazhmash, after the merger with Turboatom, redundant employees will be laid off
KAMAZ presented the first Russian hydrogen fuel cell bus
Electricity prices in Europe have doubled due to calm weather
On this topic
Gazprom Neft plans to double hydrogen production in 2024
Russia may change tax legislation to remove excess profits from metallurgists
Rosatom has prepared a plan for the development of new nuclear technologies until 2030 for 500
Russia can produce 3.5 million tons of hydrogen per year with a global market of 25 million tons -
The Ministry of Economy of Russia proposes to create a "Hydrogen Valley" on Sakhalin
Russia intends to occupy a quarter of the global hydrogen fuel market by 2035
Partner news
Сomments
Add a comment
Сomments (0)
News Analytics
Free access to data on special permits for the use of subsoil was opened in28-09-2021, 18:27
Zaporozhye iron ore plant modernized crushing and sorting plant28-09-2021, 16:48
The development of industrial parks will allow to completely restart the28-09-2021, 16:19
Ukrainian Foreign Ministry summoned the Hungarian Ambassador over an agreement28-09-2021, 12:43
ArcelorMittal to Build a Billion Euro Waste Blast Furnace in Belgium28-09-2021, 12:16
Oil prices to surpass $ 90 by year end due to shortages - Goldman Sachs27-09-2021, 10:58
Moody's changes its outlook for the mining and metals industry from "positive"14-09-2021, 18:39
European steel prices decline from summer highs and remain stable high04-09-2021, 10:38
Rise in European steel prices to dizzying levels finally fizzled out - Bloomberg27-08-2021, 13:18
Gold continues to be the most efficient portfolio asset - WGC26-08-2021, 12:38
Sign in with: