In the conditions of reduction of volume of the Russian market, countries near and far abroad, KAMAZ continued to work on improving the quality and improvement of consumer properties of products. 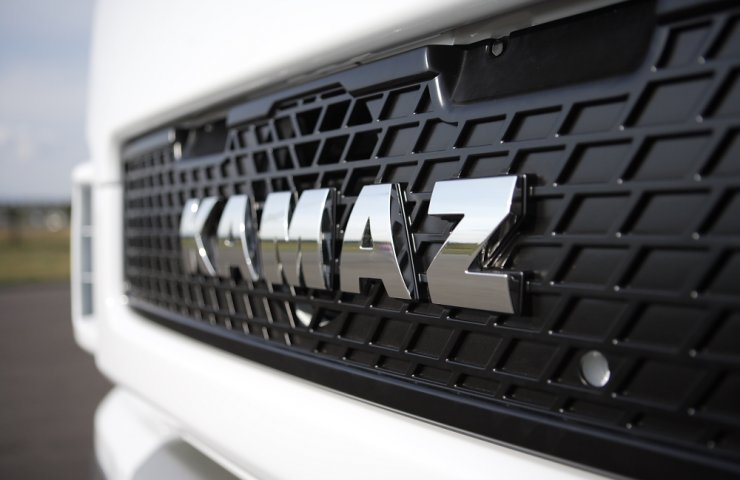 the Leading Russian manufacturer of trucks KAMAZ published annual financial statements for the year 2019 the company. According to the company's revenue was 160 billion 816 million rubles – an increase of 6% compared to 2018. During the reporting year in the domestic market were sold trucks, spare parts, goods and services 144 billion 609 million rubles, which is 4% higher than a year earlier. In the external market sold products, goods and services to 16 billion 207 million rubles – 28% more than the previous year.

the Total value of current and non-current assets by the end of 2019 increased by 9 billion 468 million rubles and amounted to 189 billion 366 million rubles, which indicates the stable position of the company. The complex situation prevailing in the Russian market in the segment of commercial vehicles, as well as the investment cycle of the company associated with bringing to market a new generation of cars K5, caused a negative aggregate result improved, however, compared with the first half almost half a billion rubles. In the end, the end of the reporting period, the company managed to reduce net loss of up to 1 billion 517 million rubles.

In the conditions of reduction of volume of the Russian market, countries near and far abroad, KAMAZ continued to work on improving the quality and improvement of consumer properties of products, as well as the implementation of major investment project "Development of the model range of KAMAZ vehicles and modernization of the capacity production." In particular, has earned the new factory of the frames of the cabins where the use of advanced technical solutions, the production of a new family of inline six-cylinder engines running previously.

Part of the funds were used on a major project in the field of innovative environmentally friendly passenger transport, the success of which was obvious in 2019: the bus KAMAZ has proven itself in the market of Moscow, and signed a third contract with "Mosgortrans" to supply innovative products.

Conducted extensive work on expanding the model range, the customers were offered new transport solutions with a fundamentally improved performance and consumer properties. Continued advanced development and testing of unmanned transport management technology, developed the production of LPG vehicles and buses running on compressed and liquefied natural gas. In General, the company's investment in 2019 amounted to more than 12.5 billion rubles.

Recommended:
The Bank intends to sell on Monday $ 200 million to support hryvnia
One of the largest banks in Sweden to be fined for payments to the Crimea
Zaporozhye Ferroalloy plant has reduced production by 38.5%
On this topic
World steel production in November decreased by the percentage
RUSAL is expected to increase global deficit of aluminium of up to one million tons
Результаты расследования: Крушение Boeing 737 Max Lion Air было вызвано совокупностью 9-ти факторов
Продажи LADA Granta выросли за год в полтора раза
Немецкий автопром готовится к обвалу?
Магнитогорский меткомбинат прогнозирует высокий спрос на металлопродукцию в РФ
Add a comment
Сomments (0)
News Analytics
Saudi Arabia called for an emergency meeting of OPEC+ after the call of the02-04-2020, 21:12
Fitch Ratings forecasts a "deep global recession"02-04-2020, 16:33
Ukraine accepted the offer of the Mask on the free ventilators02-04-2020, 16:35
Vale: weak demand for steel will hit the price of ore02-04-2020, 13:58
Belarus buys oil in Russia at $ 4 per barrel02-04-2020, 12:49
Взгляд в будущее: водные ресурсы, смена климата и гидроэнергетика02-04-2020, 12:51
Coronavirus greatly distorted world markets of stainless steel31-03-2020, 15:01
BMW together with Japanese Toyota has created a hydrogen engine with an output31-03-2020, 12:22
Johnson & Johnson will begin testing a vaccine against the coronavirus in30-03-2020, 14:50
The company of Ukrainian businessman plans to deliver on the moon scientific26-03-2020, 11:15