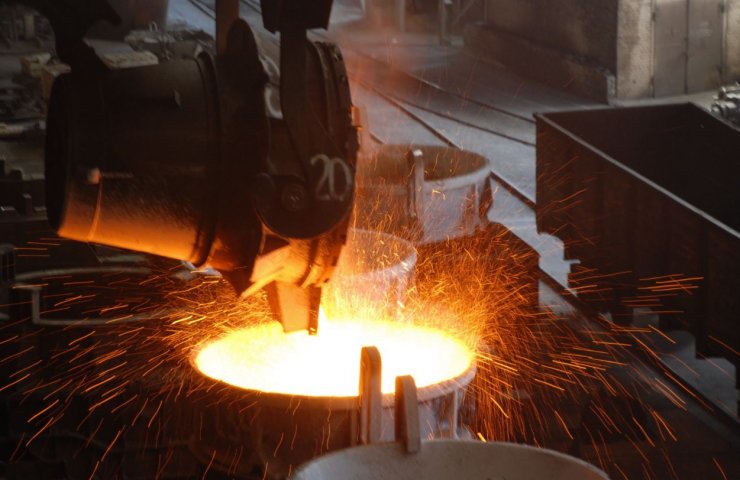 The Eurasian Economic Commission (EAEC) has started repeated antidumping investigation of supplies of ferrosilicomanganese from Ukraine due to the expiration of the existing antidumping duty.

Recall that since October 28, 2016, an anti-dumping duty of 26.35% of the customs value of ferroalloy has been applied to ferrosilicomanganese originating from Ukraine imported into the customs territory of the Eurasian Economic Union.

The EAEC noted that since 2017, as a result of the introduction of an anti-dumping measure, the import of ferrosilicomanganese from Ukraine has practically stopped and is currently not being carried out. Nevertheless, the commission believes that when the restrictions are lifted, there is a possibility of "renewed damage to the sector of the economy."

"Taking into account the level of prices at which goods are exported from Ukraine to other countries, the price of importing goods on the Union market, in the event of the termination of the anti-dumping measure, may be significantly lower than the price of goods in the economic sector," economic commission.

Ferroalloy enterprises of Ukraine in 2020 reduced the production of ferrosilicomanganese by 30.4% - to 559.9 thousand tons. The largest producers of ferroalloys in the country are Nikopol and Zaporozhye Ferroalloy Plants. The factories are controlled by Privat, Igor Kolomoisky and Gennady Bogolyubov, as well as EastOne by Viktor Pinchuk.

Финансовая аналитика, прогнозы цен на сталь, железную руду, уголь и другие сырьевые товары. More news and analytics on Metallurgprom telegram channel - subscribe to get up-to-date market information and price forecasts faster than others.
Сomments
Add a comment
Сomments (0)
On this topic
The Eurasian Commission has announced the final amount of duties on Ukrainian zinc
Russia and the EAEU launch anti-dumping investigation into pipe supplies from Ukraine
The Eurasian economic Commission plans to resume duties on Ukrainian well.d. wheel
EAAC extended anti-dumping duties on Ukrainian steel shafts for rolling mills
The Eurasian economic Commission was returned to duty on Ukrainian steel wheels
Ukraine will not participate in the investigation of the Customs Union on the supply of ferroalloys
Recommended:
Ukrainian court invalidated sale of Ferrexpo Plc shares in 2002
The US will prioritize budgetary purchases of steel and metal products with a low carbon footprint
The European Commission has approved 5.2 billion euros of state support for another massive hydrogen project
News Analytics
British Steel owner asks government for financial support05-10-2022, 13:05
The price of gold crossed the mark of 1700 dollars05-10-2022, 13:28
US coal prices top $20004-10-2022, 10:16
Tata Steel merger plan to secure long-term profits03-10-2022, 10:46
US hydrogen prices to drop to zero dollars per kg in 5 to 6 years: Platts02-10-2022, 21:53
China production cuts in winter will give limited boost to steel markets -15-09-2022, 10:09
Steel prices may rise as manufacturers stop production11-09-2022, 14:06
IREPAS: The global long products market is in a "dramatic situation"10-09-2022, 20:49
Steel prices are unlikely to rise significantly in the near future - analysts02-09-2022, 22:58
Steel prices may move up on new data from China31-08-2022, 12:19
Sign in with: