According to Yuriy Vitrenko, there is a possibility that after the launch of Nord Stream 2, European operators may declare violations by Ukraine of the terms of the transit contract on the physical and chemical properties of gas, which will create certain technical problems for them and call into question the reliability of transit through Ukraine. 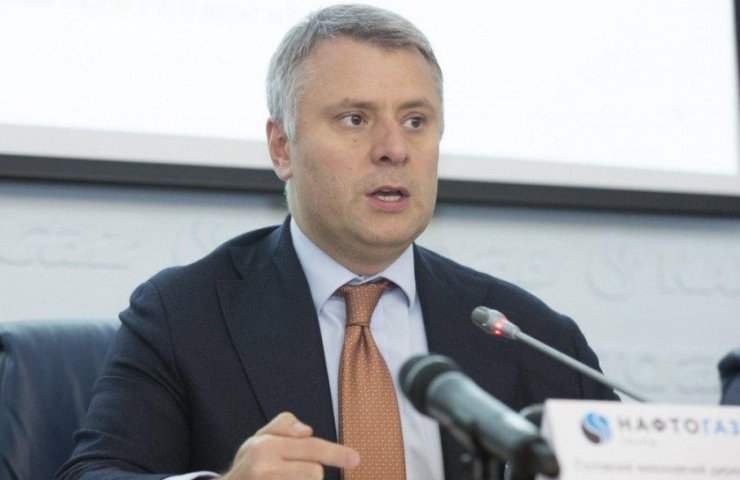 After the launch of the Nord Stream 2 bypass gas pipeline, a sharp reduction in the volume of natural gas transit through Ukraine is possible, which will lead to such changes in the physical and chemical properties of gas, which will call into question the reliability of the transit of Russian gas through the territory of Ukraine. This was stated by the head of the board of NJSC Naftogaz of Ukraine Yuriy Vitrenko on the sidelines of the YES Brainstorming forum in Kiev.

“If Gazprom doesn’t give anything, then it’s even easier for us - we don’t have to do anything. But if it produces some small volumes of gas or if it varies very much: one day is the maximum, and the other day, say, the minimum, then there will be physical problems, how to ensure transit, the necessary physical and chemical properties of gas, which are specified according to the contract between the Ukrainian operator and the operators of Slovakia, Poland, Hungary and so on, "said the head of Naftogaz.

According to him, in such a situation, European operators may declare that Ukraine is violating the terms of the contract on the physical and chemical properties of gas, which creates certain technical problems for them and calls into question the current reliability of transit through Ukraine.

Vitrenko noted that the transit contract contains “some general provisions that, in principle, could theoretically protect us if we later go to court,” but attention should be drawn to this possible problem now.

According to him, for a stable solution, it is necessary to eliminate Gazprom's monopoly on gas supplies from Russia to Europe in transit through Ukraine, to move access subsidiaries from the western border of Ukraine to the border with the Russian Federation, and this was the whole point of transferring the work of the Ukrainian GTS to European rules.

Recall that on Friday the head of Gazprom Alexey Miller announced the completion of the construction of the second branch of the Nord Stream gas pipeline, directly connecting the Russian Federation and Germany. Experts believe that the first gas along the bottom of the Baltic Sea may go as early as next month.

The Ministry of Energy of Ukraine, Naftogaz and the Ukrainian GTS Operator admit that if Nord Stream 2 is launched, Gazprom will be ready to drastically reduce gas supplies through Ukraine, without waiting for the completion of the current contract in 2024 and regardless of the need to pay for the unused capacities of the gas transmission system of Ukraine.

Финансовая аналитика, прогнозы цен на сталь, железную руду, уголь и другие сырьевые товары. More news and analytics on Metallurgprom telegram channel - subscribe to get up-to-date market information and price forecasts faster than others.
Сomments
Add a comment
Сomments (0)
On this topic
Yuzhmash told whether it is possible to launch reusable rockets from the Black Sea
Denmark gave Nord Stream 2 the green light to continue laying pipe
Nord Stream loses case to exempt Nord Stream 2 from EU directives
The first serial production of electric vehicles will be launched in Russia
In the next two weeks, full information on the use of Ukraine's subsoil will be published
"Naftogaz" has filed a lawsuit against the government of Ukraine for the issuance of a
Recommended:
European non-ferrous metal producers demand action on rising energy prices
The European Commission has approved 5.2 billion euros of state support for another massive hydrogen project
Coal production in China increased by 11% in January-August
News Analytics
The production of passenger cars in Russia decreased by 2.8 times in eight29-09-2022, 11:19
Donetsk and Torez electrotechnical plants will start producing electrical29-09-2022, 11:37
Ukrainian coking plants reduced gross coke production by 55.2%29-09-2022, 11:28
China ramps up investment in transport to bolster economy29-09-2022, 11:33
The heads of mining companies named the main risks for business29-09-2022, 10:03
China production cuts in winter will give limited boost to steel markets -15-09-2022, 10:09
Steel prices may rise as manufacturers stop production11-09-2022, 14:06
IREPAS: The global long products market is in a "dramatic situation"10-09-2022, 20:49
Steel prices are unlikely to rise significantly in the near future - analysts02-09-2022, 22:58
Steel prices may move up on new data from China31-08-2022, 12:19
Sign in with: